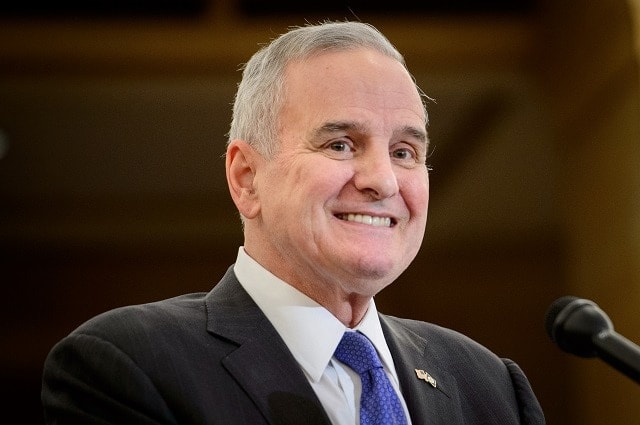 The bill began life as a House measure that, although it threaded its way successfully through that chamber as a stand-alone proposal, had to be folded into a huge judiciary policy bill that addressed a number of widely varied issues to survive in the Democrat-controlled Senate where it passed in a veto-proof 55-9 vote.

Although Dayton cautioned lawmakers that he would not approve a bill legalizing the devices, saying, “I’m not aware that there is any part of the Second Amendment to the U.S. Constitution that gives us the right to bear a silencer,” the Governor in fact signed the legislation without comment along with three other bills last Friday morning.

The new law, SF 878, decriminalizes ownership of federally registered suppressors, making it the 40th such state to do so. Next, the measure would allow suppressors to be used in hunting and trapping in accordance with state conservation laws, becoming the 36th such state to allow for the practice.

Neighboring Wisconsin, which has a virtually identical population to Minnesota but allows the devices, had 6,347 NFA-registered suppressors in 2014.

Besides the suppressor language, the omnibus package will also prohibit Hurricane Katrina-style gun confiscations by authorities in times of emergency, allow concealed carry on the grounds of the State Capitol for otherwise lawful permit holders, and relax Minnesota’s CCW reciprocity agreements with other states. Finally, it will allow state residents to buy rifles and shotguns in other states as already allowed by federal law.

Protect Minnesota, a local gun control organization, opposed the bill from introduction through passage and onto the Governor’s desk, claiming that legalizing suppressors would prove a danger to public safety. They were disappointed Friday in Dayton’s signature.

“He had said he would veto the bill but, as always, these amendments get tacked on to otherwise valuable and good bills. That is how the gun lobby works,” said the group in a post to social media. “We will keep educating the public about the insanity of loosening our gun laws in the face of rising gun deaths and senseless shootings.”

The proposal made its way through the state legislature with the support of the National Rifle Association, the American Suppressor Association and dedicated lawmakers.

“This major victory for suppressor rights comes after months of hard work on the part of the NRA, the ASA, and especially Rep. Tony Cornish (R-23B), Chairman of the House Public Safety Committee, who acted as a champion for our cause by shepherding this bill through committee and ensuring that this issue stayed at the top of the legislature’s agenda,” Knox Williams, president of the American Suppressor Association, said in a statement.