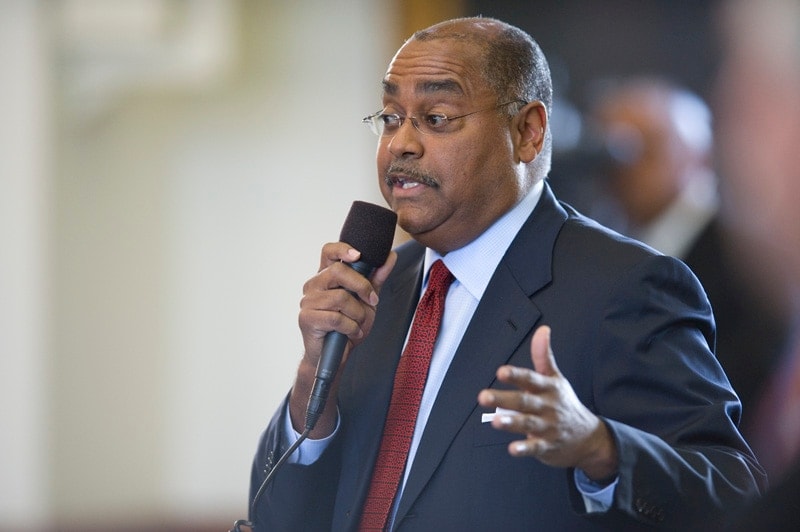 A move to bring open carry to the Lone Star state saw bipartisan support to bring the measure one step away from landing on Gov. Greg Abbott’s desk.

The bill, which had passed the state House in a 101-42 vote last month, had an uphill battle against Senate Democrats despite the senate passing its own open carry legislation in March. In the end, the Senate agreed with the House bill by a 19-2 margin, which surprisingly included a few liberal chamber Democrats.

What made the proposal so controversial was an amendment to the bill that prevents law enforcement from stopping a law-abiding citizen who is openly carrying and hasn’t broken the law. Opponents argue that this would amount to back door to constitutional carry, as police would have their hands tied in ascertaining who was carrying legally.

While the language was in the original House bill as passed to the Senate, it had been stripped away in the upper chamber then added back almost verbatim with the support of Democrats Royce West of Dallas and Rodney Ellis of Houston.

“I have a long history of opposing open carry legislation and a strong record of supporting sensible reforms to reduce gun violence and keep firearms out of the hands of criminals,” said Ellis Friday. “But if open carry is going to become law, law enforcement shouldn’t be able to circumvent constitutional rights and detain someone solely because they are open carrying in compliance with the law.”

The bill, HB 910, would modify language that has been a part of Texas law since after the Civil War and allow the open carry of modern pistols or revolvers in public, provided the individual has a state-issued concealed handgun license. Currently, only black powder handguns and long arms may be lawfully carried. Those visiting Texas from other states, provided they have a recognized handgun license, would likewise be able to open carry.

Gun control advocates in the state, who have allied with urban police chiefs to oppose open carry, conjured the specter of the recent Waco biker shootout that ended in nine deaths even though none of the official reports thus far have cited open carry as an issue in that violence.

“Open carry makes everyday confrontations potentially more dangerous and poses an unnecessary challenge on our law enforcement to determine in the heat of the event who is a good guy and who is a dangerous criminal,” wrote the Texas chapter of Moms Demand Action last week. “Perhaps Sunday’s violence will serve as the necessary wake-up call to our legislators that they should stop taking marching orders from the gun lobby.”

Open carry groups, who have pushed hard in recent years to make Texas the 45th state — and most populous — to allow for the practice, were pleased with HB 910’s passage through now both chambers of the state legislature.

“Our members have worked hard the past two years to make this happen,” Open Carry Texas President CJ Grisham told Guns.com in a statement. “I cannot express in any adequate manner how proud I am to be a part of this great movement to bring more gun rights to Texas. We did it!”

The bill now bounces back to the House for concurrence, which is seen as likely. Gov. Abbott who has repeatedly advised that he would sign open carry legislation that makes it to his desk.