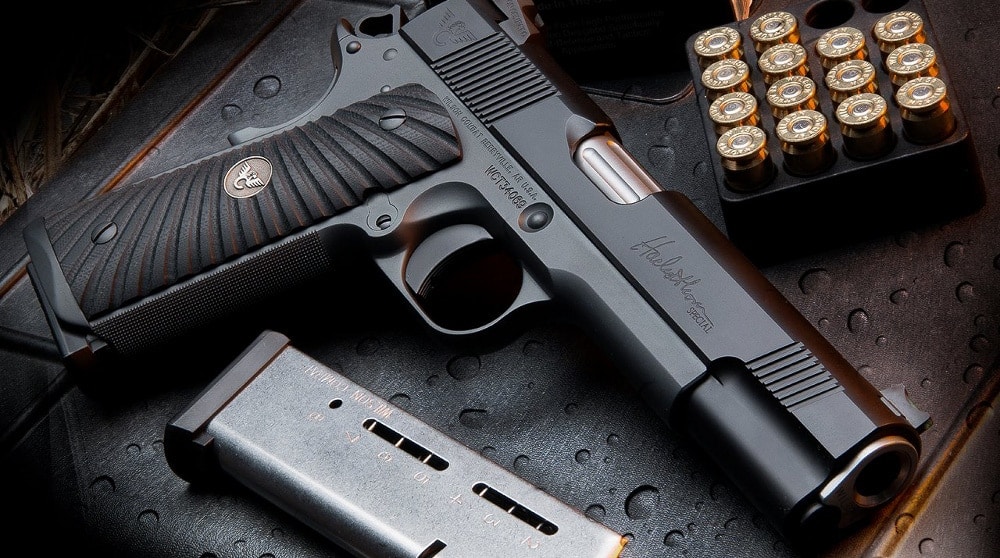 The Hackathorn Special by Wilson Combat. A gun like his normally lists at $3,750; with the new payment plan, a gun with this kind of custom work can be had for around $100 a month. (Photo: Wilson)

Wilson Combat is now offering financing on its custom guns, including world-renown 1911 pistols, giving customers the option of having a payment plan instead of paying in on lump fee.

Wilson has partnered with First National Bank of North Arkansas to give customers who pass a credit check the option of having a 24- or 36-month payment plan. Depending on the nature of the custom work, monthly payments can be a low as $66 and top out at $235.

Monthly rates vary depending on the total dollar amount of custom gun, with financing offered on pistols starting at $2,000 through higher-tier pistols that cost more than $5,000. This opens up the doors to a higher class of handgun than a lot of Wilson fans could previously afford.

Thanks to the new financing system future Wilson Combat handgun owners can stretch out their payments over 2- or 3-year plans, making it easier to buy a Wilson than ever before.

To see more of what kind of custom work you can expect from Wilson Combat without creating an account, the company has a separate custom work page for existing 1911 owners that really shows off Wilson’s workmanship.