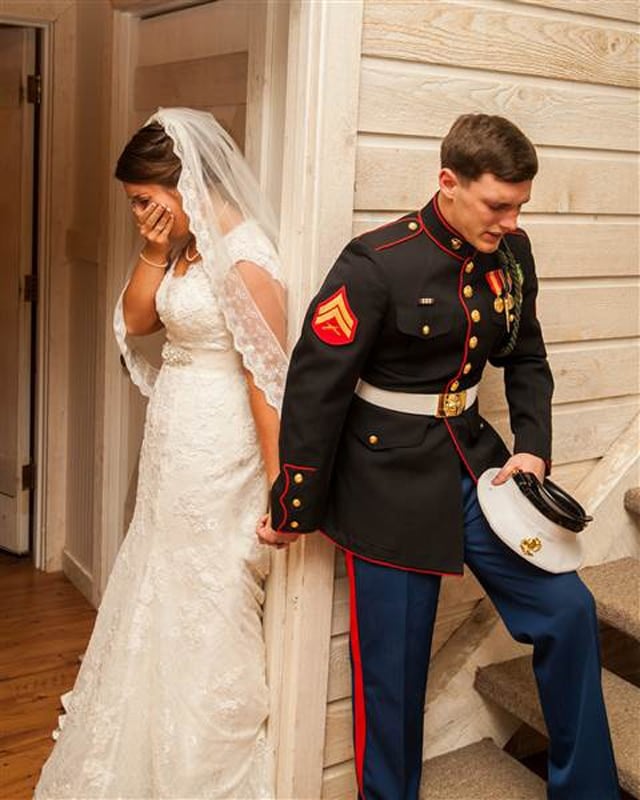 Moments before a couple were married in North Carolina Saturday, photographer Dwayne Schmidt captured an emotional image of the man and woman which has now been shared across the world. The couple stood at a corner, holding hands with their backs leaned against the two adjoining walls, as not to see one another before the ceremony, and said a short prayer before saying, “I do.”

U.S. Marine Corps Cpl. Caleb Earwood said in a subsequent interview, “I prayed to God for my beautiful and intelligent wife that he blessed me with and the amazing family I was marrying into.”

Maggie, who is now Caleb’s wife, recalled the moments before the photo was taken.

“When I first grabbed his hand, he was shaking really bad, so I knew he was really nervous,” she said. “It relieved me to know the person I was getting ready to marry felt the same way about God.”

Caleb and Maggie were married moments later, and the image captured has been shared across social media and made headlines as far as Brazil and Holland.

The couple has since said they are happy the photo has blessed so many people and touched so many hearts. 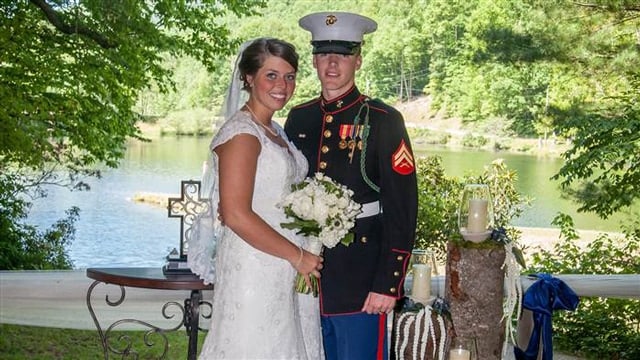