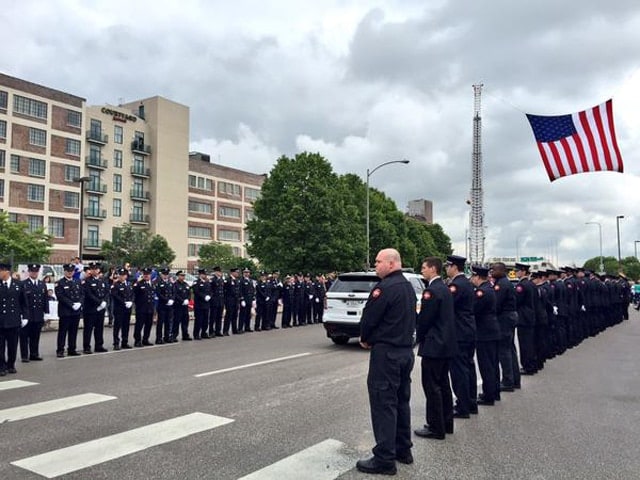 The 29-year-old old Omaha police officer who was fatally shot while in pursuit of a suspect during her last shift before she was due to go on maternity leave was buried over the weekend, and there was certainly no lack of support for the fallen hero.

As the funeral procession for Kerrie Orozco made its way through the city, residents lined the streets, some holding signs and flags, while others were dressed in blue.

The day of Orozco’s funeral was originally the due date for her baby, Olivia Ruth, who was born three months premature. After her birth, Orozco opted to save her maternity leave for the time when Olivia was released from the hospital, which was the day after Orozco was killed.