The most important phone call in the world (VIDEO) 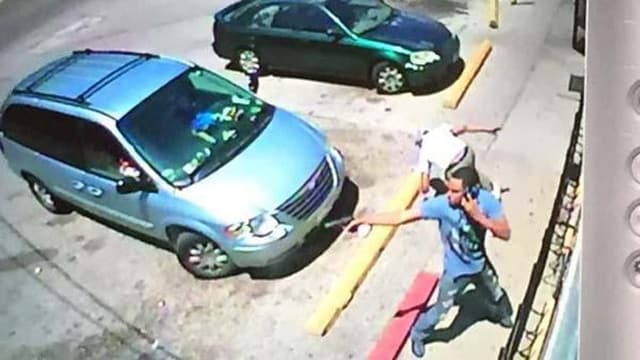 There’s nothing in the world that can pry this guy from his ultra-important phone call… not even firing back during a drive-by shooting.

Rayshawn Herald, who has a prior criminal history primarily for drug and weapon charges, was apparently the target for some sort of gang turf war recently in Cincinnati. Gunfire erupted from a passing car as he and a couple of comrades were hanging out in front of a gas station.

Then, without missing a beat – or showing concern for anything or anyone around him – Herald pulled out his own gun and returned fire. All the while, Herald had a cell phone to his ear.

The entire incident was captured on surveillance video, and Cincinnati police Capt. Maris Herold said after viewing the footage, there’s “no doubt” the guy is reckless. Herold also said they’ll get the guy.

“I’m devoting a lot of resources, the chief has given me additional resources,” Herold said. “So there is no doubt in my mind we’ll catch him.”