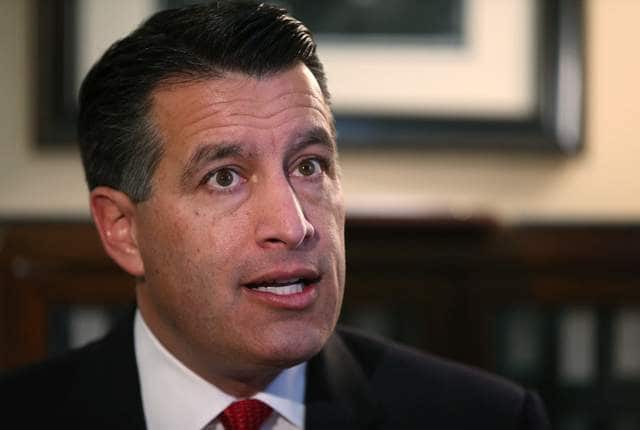 Nevada lawmakers gave their final stamp of approval to a pair of proposals that would reform concealed carry rights and relax zero-tolerance policies in the state’s schools.

Providing Gov. Brian Sandoval (R) signs a Senate bill approved by House members Monday by a 25-17 margin, the state would see expansions in castle doctrine that would extend to occupied vehicles while Clark County would lose its outdated “blue card” system. A second piece of legislation put on Sandoval’s desk is an Assembly bill passed by the state Senate last Friday that would allow students in Nevada’s schools more leeway in how they doodle or play with gun-like objects.

While the so-called “Pop Tart bill” saw little opposition, the Senate bill on gun reform had to ditch a contentious campus carry amendment to make it to a final successful vote this week, a move its House sponsor supported.

The bill championed by Minden, SB 175, would expand the state’s castle doctrine to include occupied vehicles as well as recognize more out of state concealed carry permits through reciprocity agreements.

The expansion was opposed by the American Civil Liberties Union in a three-page letter to lawmakers claiming that the bill would lead to more homicides in the state.

“Nevadans already have the right to defend themselves with commensurate force in situations where they face imminent harm and safe retreat is not an option,” concluded the ACLU letter. “‘Stand Your Ground’ laws have nothing to do with legitimate self-defense, but instead are invitations for the use of deadly and unnecessary force.”

Besides the doctrine extension, the bill would do away with Clark County’s 67-year old system of handgun registration, the only one of its kind in the state.

Currently the county, with some exceptions, mandates that all handguns with a barrel less than 12 inches be registered within 72 hours of being purchased by an area resident. Those who move to the county and stay more than 60 days likewise have to obtain a blue card – known as such by its color – from police. Registration involves a cursory background check and is without fees to the gun owner.

Implemented in 1948, when the area was frequented by notorious East Coast mobsters such as Lucky Luciano and Meyer Lansky, Clark County’s mandatory handgun registry survived a 1989 preemption law by being grandfathered, effectively making it the only place in Nevada that requires gun registration. 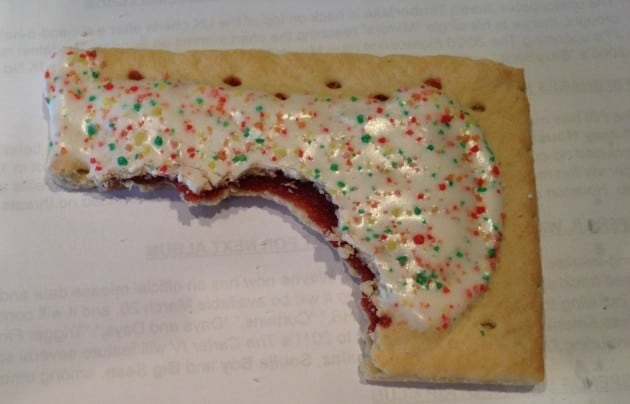 Pop tart bitten into a shape of a gun.

Assembly Bill 121, which passed its chamber of origin in a 24-17 vote in April made it through the Senate last week by an easy 15-6 margin without debate.

The legislation, if signed into law, would prohibit schools from disciplining pupils who simulate a firearm to include the use of a partially eaten breakfast pastry or wear clothing or accessories that depict firearms. It would also allow students to express opinions on the right to keep and bear arms without being subject to punishment from school officials.

What the bill keeps in place are limits on bringing replica guns to schools and outright threats.

The measure saw support from gun rights groups in the state who cited recent incidents where schools have punished youth for creating gun-shaped pop tart or having toy guns on campus.

“We believe that the zero tolerance policies of some school districts and/or administrators have gone well beyond the common sense policies of keeping deadly weapons out of the school environment,” wrote Don Turner, president of the Nevada Firearms Coalition in a letter of support for the proposal to state lawmakers.

Gov. Sandoval has eight days to either sign or reject the legislation. Meanwhile, a new standalone campus carry bill was sent to the Assembly floor Wednesday for consideration.