Cow shot outside McDonald's after running away from slaughterhouse 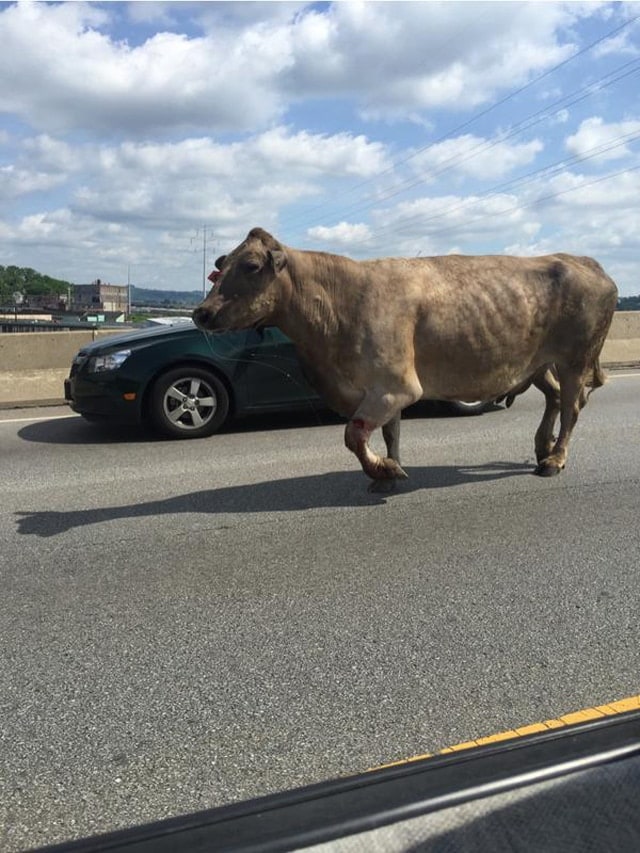 “Run away, Bessie! Be free!” supporters could be heard shouting as the cow ran down the road.

Okay, maybe not, but a cow did escape from the Tri State Beef Co. in Cincinnati Wednesday morning around 11 a.m. and find its way onto the road, prompting passersby to snap photos of the unusual sight.

“It got confused and it ended up going up the Western Hills Viaduct onto Queen City,” explained Cincinnati Police Department spokeswoman Tiffaney Hardy.

Although the cow didn’t harm anyone, Hardy did say that the animal seemed to be a bit nervous and was starting to become aggressive.

Representatives from the beef company followed the cow and once in a safe location, which happened to be near a McDonald’s, the animal was shot and killed.