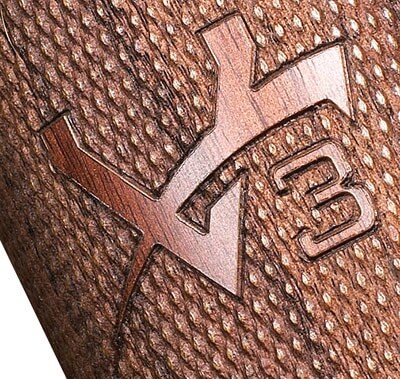 Remington alleged use of the trademark.

In the past the companies have had squabbles about a slogan, this time around its for the letter “V” and the number “3.”

According to the complaint, Daniel Defense alleges Remington has been using its distinctive V3 trademark to market firearms earlier this year. The George-based AR maker says it registered the trademark with the U.S. Patent and Trademark Office in 2010.

Remington applied “V3” in its naming of a series of autoloading shotguns and even branded the side of each gun with a “V3” symbol. Daniel Defense alleges Remington created further consumer confusion by using the “V3” branding in ads, webpages and social media.

In its argument Daniel Defense says the case is “exceptional” under the Lanham Act, which prohibits trademark infringement, trademark dilution and false advertising. In civil suits plaintiffs often claim the likelihood of confusion in regard to their trademark, and in return Daniel Defense is asking for an unspecified amount in damages times three.

Last summer, Daniel Defense filed suit against Remington for using variations of the company’s catchphrase “Lighter. Stronger. Better.” The company alleged the line appeared in an ad for the Remington-owned DPMS Firearms. This case is set to conclude in August.