The tactical riflescope market is growing fast and Nikon is responsible for a nice chunk of it, especially when it comes to budget-friendly options. They’re also willing to do more than 5.56 NATO/.223 Remington parts with their 300 AAC Blackout and now 7.62 NATO/.308 Winchester scopes. 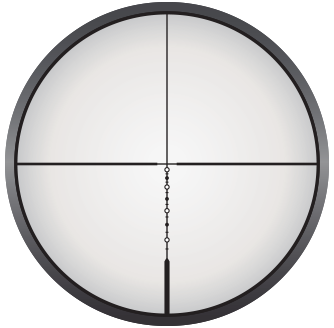 The reticle has holdover hash marks out to 800 yards. (Photo: Nikon)

The new P-308 is a nice mid-to-long-range scope that has a bullet drop compensating or BDC reticle hashed out to 800 yards. With its upper 12x magnification and some work on the shooter’s part it should be able to reach even further than that in a pinch.

While certain 5.56 and 7.62 NATO loads have similar trajectories at close ranges, enough not to necessarily need a 7.62/.308-specific reticle with some optics, at longer ranges the differences become more apparent. With holdovers as far out as these it offers better precision out of the box.

The 4-12×40 P-308 reticle matches the trajectory of a 168-grain projectile leaving the muzzle at 2,680 feet per second. It can easily be adapted for use with other loads and even other cartridges with Nikon’s SpotOn app, which is available online and for Apple and Android smartphones and tablets.

SpotOn crunches ballistics data for other loads and creates more accurate distances for each holdover point. This is handy for anyone looking for the most precision out of their handloads or just interested in getting a better zero on their holdovers for important shooting such as hunting outside of close range. The SpotOn app can also be used to create all-new holdover schemes for other cartridges as the tactical rifle market opens up to longer-range 6- to 7mm rounds. 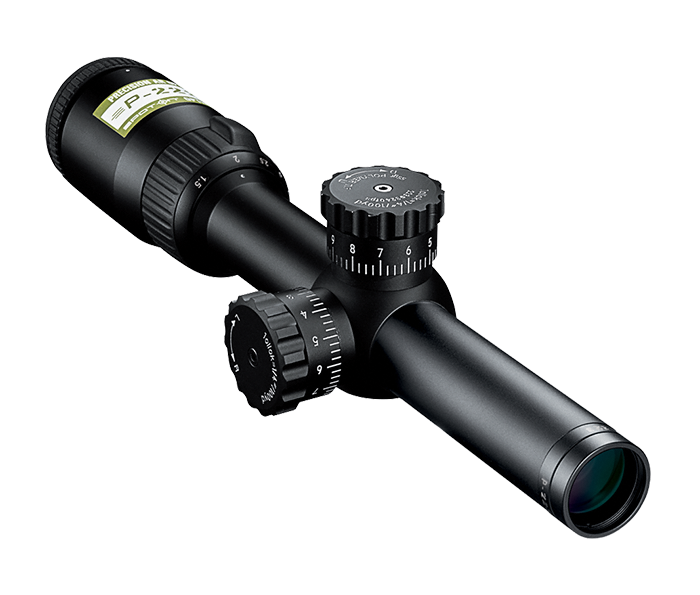 The P-223 1.5-4.5×20 is a totally different animal. Designed for AR-15s and other 5.56 NATO/.223 Rem. rifles this scope is for precision close-range shooting. With a maximum magnification of 4.5x it’s still fairly capable of longer-than-average shots.

What sets apart the 1.5-4.5x scope is its price. With an MSRP of $189 it undercuts a lot of the low-to-mid-range scope crowd which is largely made up of 1-4x scopes. By giving up a little true 1x magnification Nikon is able to deliver a lot of tactical optic on a tiny budget.

The new P-308 scope is priced at $249. Just a year ago the idea of a “budget” AR-10 build still meant turning out the Benjamins — but today the cost of .308 AR components is in the reach of shooters everywhere — while not as affordable as an AR-15 prices a very reasonable, considering an added $249 for a 4-12x scope is within the realm of iron sights.

Nikon scopes sport “Zero-Reset” turrets with course knurling and are, of course waterproof, fogproof and shockproof to a reasonable degree. They also have a solid lifetime warranty. For more, check out Nikon Sport Optics.