The questionable photo which got a Chicago cop fired 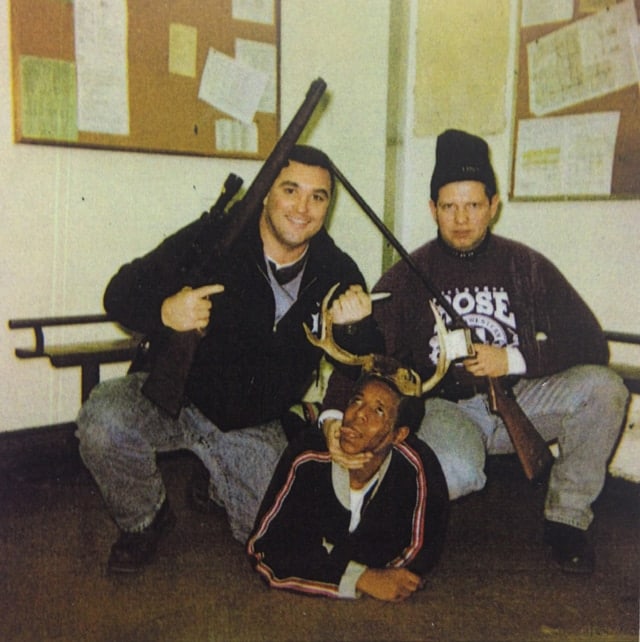 Two former Chicago police officers, with less than perfect records, apparently took a photo with questionable content more than a decade ago, and that photo has now resurfaced once again.

The picture, which was recently released by a Cook County judge, features former officers Timothy McDermott and Jerome Finnigan in plain clothes, grasping hunting rifles while squatted down beside a black man lying belly down on the floor with deer antlers on his head and his tongue hanging out of his mouth.

McDermott was terminated last year over the photo, but Finnigan was already in his own world of trouble, serving a 12-year sentence for his part in a number of robberies and other crimes carried out by a group of rogue cops.

The unidentified man in the photo, which was taken in the tactical office of the police station, was apparently someone who had been detained for possession of “20 bags of weed” who they eventually let go because he had no prior record – but not before they took the photo, which they indicated was meant to be funny.

Authorities have been unable to identify the man in the photo.