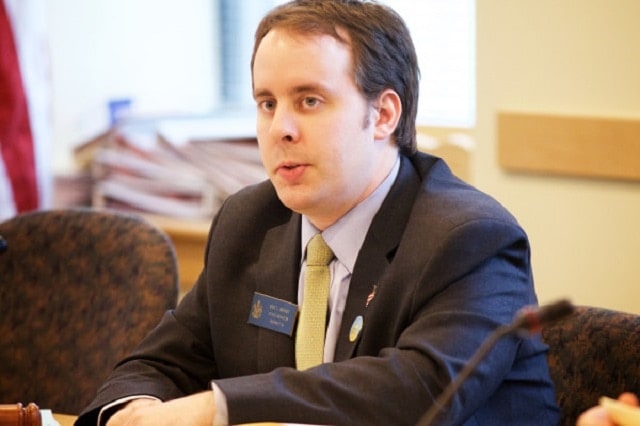 A measure to bring permitless concealed carry to the state easily passed the Maine Senate in a 21-14 vote Thursday despite the earlier negative endorsement of a lawmaker committee.

Introduced in March with broad support, the bill overcame negative endorsement from the Legislature’s Criminal Justice Committee, who voted earlier this month against its passage and in the end won over the state Senate in a bipartisan vote.

“I am grateful that my colleagues in the Senate support this commonsense proposal,” said Sen. Eric Brakey, R-Auburn, the bill’s sponsor, in a statement. “Currently in Maine, you can carry a gun on your person, but once you put on a jacket that covers up that gun you’re carrying illegally if you don’t have a permit. It just doesn’t make sense. This legislation changes that, and in doing so protects our Second Amendment Rights and lessens the burdens on local governments for permitting.”

Brakey’s measure, LD 652, authorizes a person not prohibited from possessing a firearm by federal or state law to carry a concealed handgun without first obtaining a permit. In addition, it allows for the possession of a loaded handgun in a motor vehicle, which is currently against the law. The state has long allowed unlicensed open carry and has granted nearly 50,000 concealed carry permits.

Law enforcement in the Pine Tree State is torn on the issue, with the Maine State Police supporting the bill while the Maine Chiefs of Police and Maine Sheriffs associations – joining with gun control advocates – are opposing.

“I was under the impression it was going to be a lot closer than that,” said South Portland Police Chief Edward Googins of Thursday’s vote. The chief is one of a number of law enforcement representatives that lament the possible loss of control over who carries legally in the state.

“Even though the concealed weapons permit process is not perfect, it does offer a reasonable check without which anyone can carry concealed,” Googins said.

“Nothing our government does can protect us everywhere we go and that is why some law abiding citizens want to arm themselves, without the permission of our government and we feel all the permission we need is contained in our Second Amendment,” David Trahan, executive director of the Sportsman’s Alliance of Maine testified to lawmakers previously.

The concept at hand in Maine has proven a popular item nationwide with state legislatures this session, but has had hit and miss results when it comes to obtaining final passage into law.

In March, Montana and West Virginia lawmakers gave their seal of approval to measures to bring the practice to those states, only to meet with vetoes from Democratic governors who cited safety concerns as a reason to torpedo the reforms. Likewise, in neighboring New Hampshire, Gov. Maggie Hassan (D) has promised to scuttle an otherwise successful constitutional carry bill heading her way.

Thus far, Kansas has been the only state added this year to the constitutional carry club started by Maine’s neighbor Vermont and joined by Arizona, Alaska, Arkansas and Wyoming in the past generation.

Maine’s bill now proceeds to the state House, where over half of the 151 members, including a number of Democrats, have already signed on to it as co-sponsors. Success there would speed the measure to Republican Gov. Paul LePage, who has in the past voiced support for permitless carry.