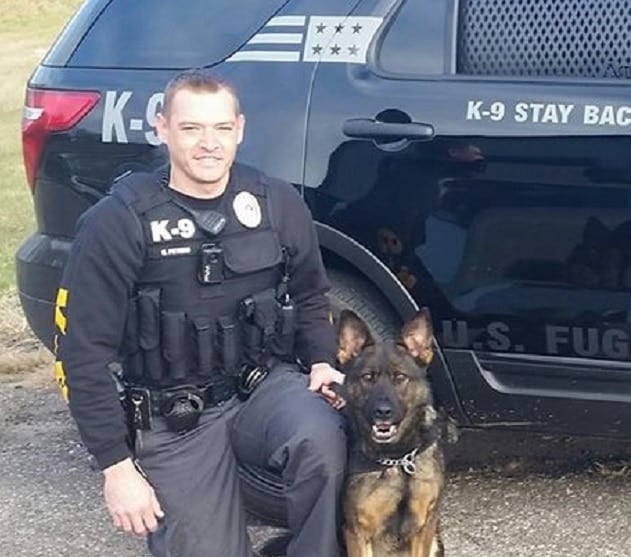 Under a new law, bounty hunters in Minnesota have to back away from the some practices that may confuse the public over just who they are. (Photo: USFRE/Facebook)

As part of an omnibus law signed by Gov. Dayton last week, bondsmen and bail enforcement agents in the state can no longer dress like cops or have badges on their vehicles.

The measure, part of a larger bill that also expanded concealed carry rights and legalized suppressors in the state, outlines the color of uniforms used by bounty hunters as well as limits their use of badges and shields.

“We don’t want to leave an opening for the public to be fooled or confused,” said Sen. Matt Schmit, D-Red Wing, sponsor of the amendment that added the new rules, as reported by the Associated Press.

Under the new law, which passed the state legislature with broad support as SB 878, bondsmen, bail agents and their representatives cannot wear the same color uniforms authorized for use by peace officers in Minnesota. Current state law outlines that blue, brown, maroon or green uniforms are set aside for law enforcement only and are now off limits for bounty hunters.

Further, vehicles used by these individuals cannot be marked with any form of police shield, star, or any similar emblem that is typically associated with a law enforcement vehicle.

Lawmakers referenced one bounty hunter company in general, U.S. Fugitive Recovery and Extradition, who contracts with a number of bondsmen in the state, as the reason for the new regulations. Images maintained on USFRE’s website and social media show armed agents dressed in police-style uniforms complete with body armor, marked vehicles that include badges with state seals, and “K-9” markings.

“Anybody would think this guy is a cop,” said Goodhue County Sheriff Scott McNurlin, who was among law enforcement who asked for the new guidelines. “He’s very much crowding or blurring the line with impersonating.”

While Stew Peters, head of USFRE, told media he will comply with the law, he advised that the equipment he and his company’s agents use is for personal safety and not to impersonate police.

“We will be good at what we do, No matter what we wear, or what we drive,” read a statement on the company’s Facebook page Thursday night.