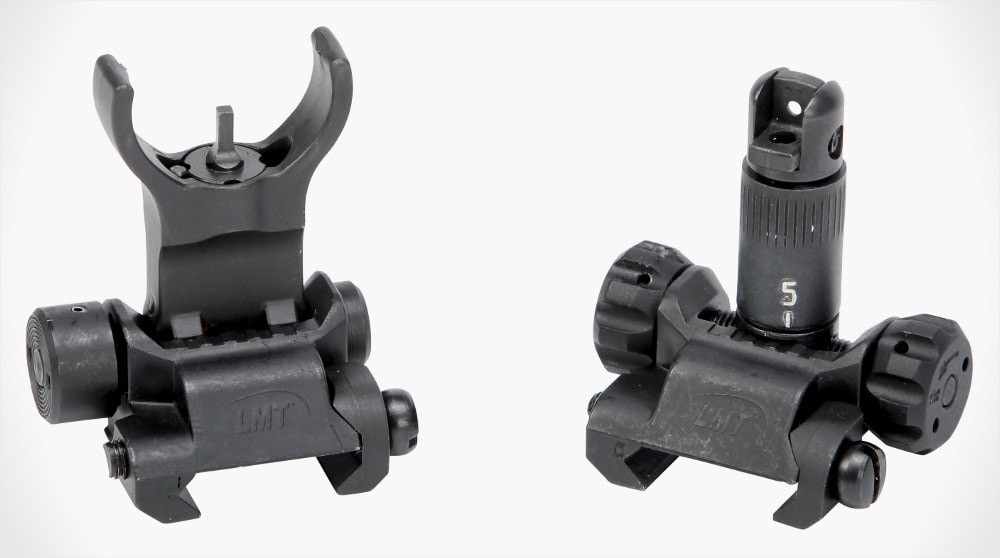 LMT sights are calibrated for 5.56 and 7.62 NATO and can be set for targets hundreds of yards away. (Photo: LMT)

Leitner-Wise and Lewis Machine and Tool have new backup iron sights for ARs that are definitely worth checking out, whether you’re building a new gun or tweaking an old one. The new sights are designed for ARs but will work with any rifle with a similar-height flattop rail.

Leitner-Wise is taking a minimalist approach in the extreme with a skeletal design while Lewis, or LMT, is offering a more conventional design that pack in uncommon features. They also cover both ends of the price range with sight sets priced at the entry level and towards the high end as far as backup sights are concerned.

At the outset we’ve got Leitner’s skeletal eSights, front and rear sight sets for hardcore ounces is pounds group. The eSights are very low-profile and use a simple detent system to click into position stowed or deployed. To maximize simplicity and minimize weight they are totally non-adjustable with a fixed machined front sight post and single rear aperture sight. The very uncomplicated sights weigh just 0.4 ounces, or 11 grams, and that’s as a set. 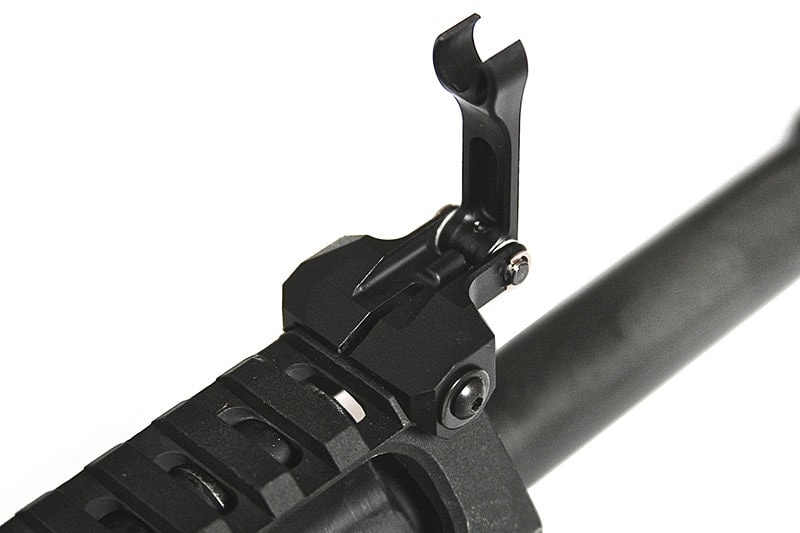 The front eSight is about as simple as it gets. (Photo: Leitner) 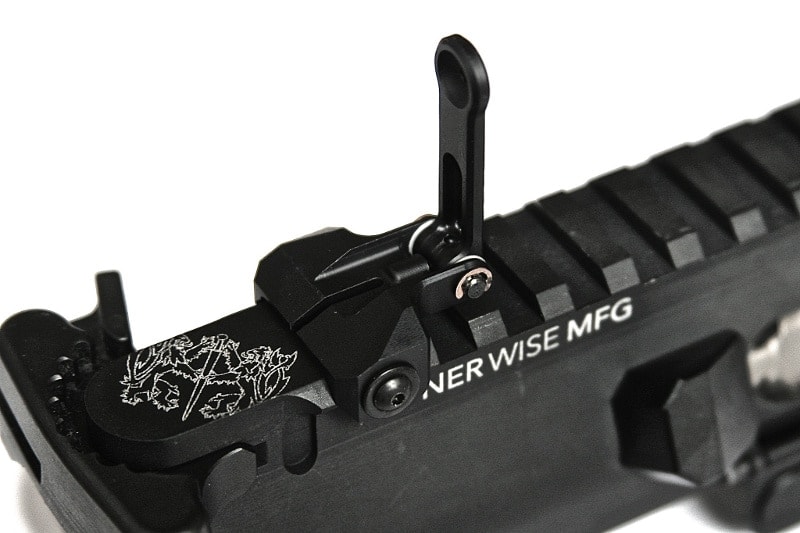 Unless you count the rear sight. (Photo: Leitner)

They’re also very affordable at $89 for the pair. Cut from billet aluminum, the sights look pretty sturdy especially when folded down not in use — they are backup sights after all. It’s their extremely low-profile design that makes them hardy; there’s just not anything to catch on or snag.

At the higher-end LMT has two sets of backup irons sold individually or in pairs for 5.56 and 7.62 NATO rifles, the L8 series. They pair an adjustable open-type front sight with a programmable rear sight that can be raised and lowered for use at close and long ranges.

The rear sights are calibrated for the slightly-different trajectories of the two popular AR cartridges. Both use the same adjustment system, a very simple and easy to access rotating barrel knob that makes up the bulk of the rear sight not counting the base. The 5.56 sight is adjustable out to 700 yards and the 7.62 rear 800.

The front uses a standard AR front sight post insert and is the same sight used for both sight sets. The rear sight is not only adjustable for range and windage but embedded in the rear sight post is a dual-aperture assembly for shooting in bright and low light situations.

L8 sight sets are priced at $249 for and about $10 more when purchased separately with the front listing at $125 and the rears $135. That puts them towards the high end of backup irons but they’re also some of the most-featured iron sights out there. Also they’re at the leading edge when it comes to 7.62 NATO rifles.

If you’re considering new backup irons but want something a little more or a little less than what’s out there then you might want to consider these fresh designs by Leitner-Wise and LMT. They could be just what you were looking for.