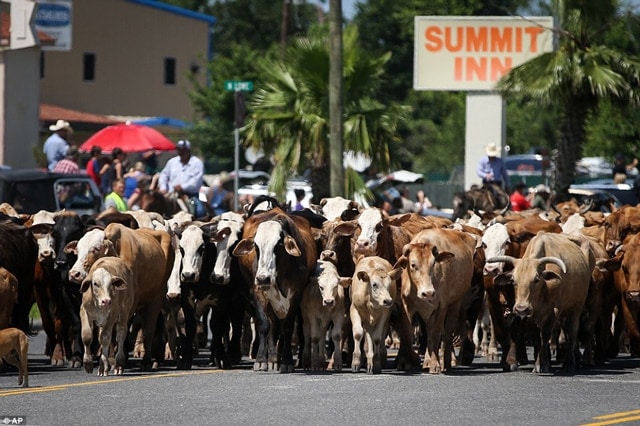 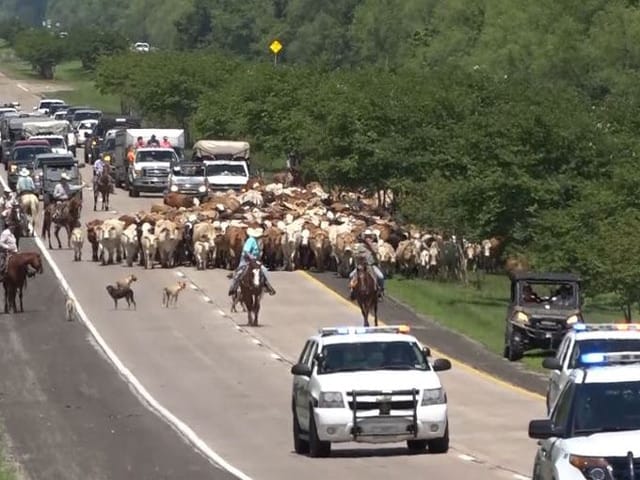 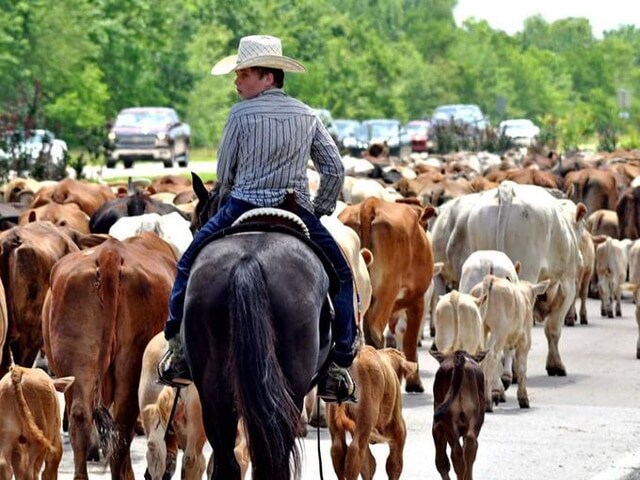 Local law enforcement, along with about 50 cowboys – all on horseback – and numerous other volunteers, teamed up over the weekend in Texas to save several hundred head of cattle from rapidly rising flood waters.

The owner of the cattle, Pat Hencey, began to lead the animals away from the area after the nearly 1,800 acres where the cattle once roamed was quickly reduced to around just 50 acres of dry land, with no immediate end to the flooding in sight.

The crew eventually corralled the cattle down several highways, where curious residents stopped to watch.

“This is something,” said Ricky Brown, who witnessed the event. “It’s really a taste of the Old West coming back in here.”

Brown said the sight was something which probably had not happened in about 200 years and everybody wanted to be a part of it.

Aaron Privett, who also watched the cowboys in action, said it was a once-in-a-lifetime experience.

The cattle were moved about nine miles to the CMC Rail Yard, where they will remain until the flooding subsides and they can safely return home.