Grand Power and Kahr giving away magazines for a limited time 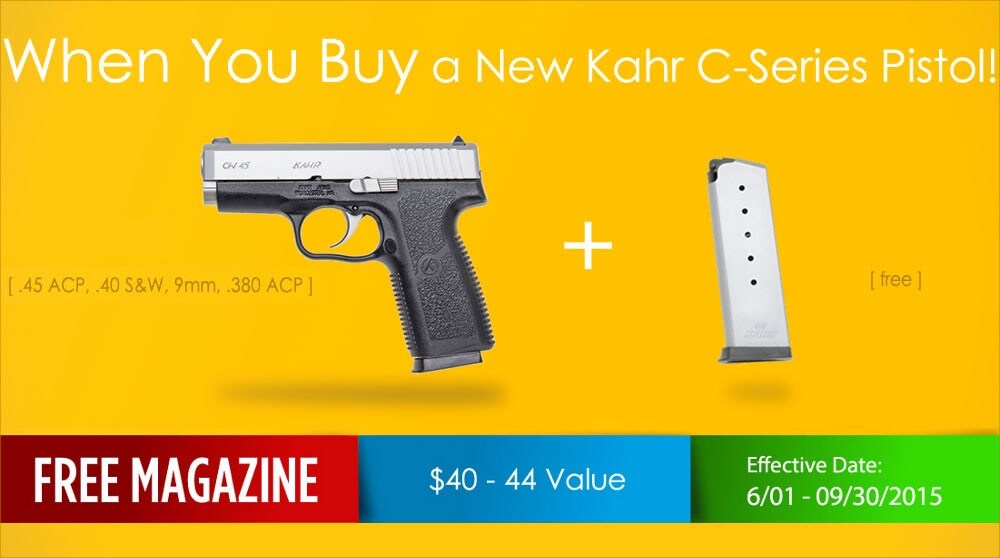 Kahr is giving away an extra mag with every C-Series pistol for a limited time. (Photo: Kahr)

This June both Grand Power and Kahr Arms are giving away extra magazines with select gun purchases from now through the summer. Grand Power’s promotion ends Aug. 15 where Kahr’s will run a little longer through Sept. 30.

Obviously free mags are always nice but especially in these cases where Kahr mags can run a little high and Grand Power mags are flat-out hard to find. It’s not a huge savings but it’s a nice little bonus especially if you were already in the market for any one of these pistols.

Kahr and Grand Power both have built solid reputations, although Kahr is considerably more well-known than Grand Power. USA-based Kahr is famous for their tightly-fit, precision-machined single-stack polymer and metal-framed single-stack striker fired guns for concealed-carry.

The C-series covers a wide range of polymer-framed pistols chambered for .380 ACP, 9mm Luger, .40 S&W and .45 ACP. They’re single-stack pistols and depending on the size and cartridge have a range of capacities from 5+1 to 8+1. 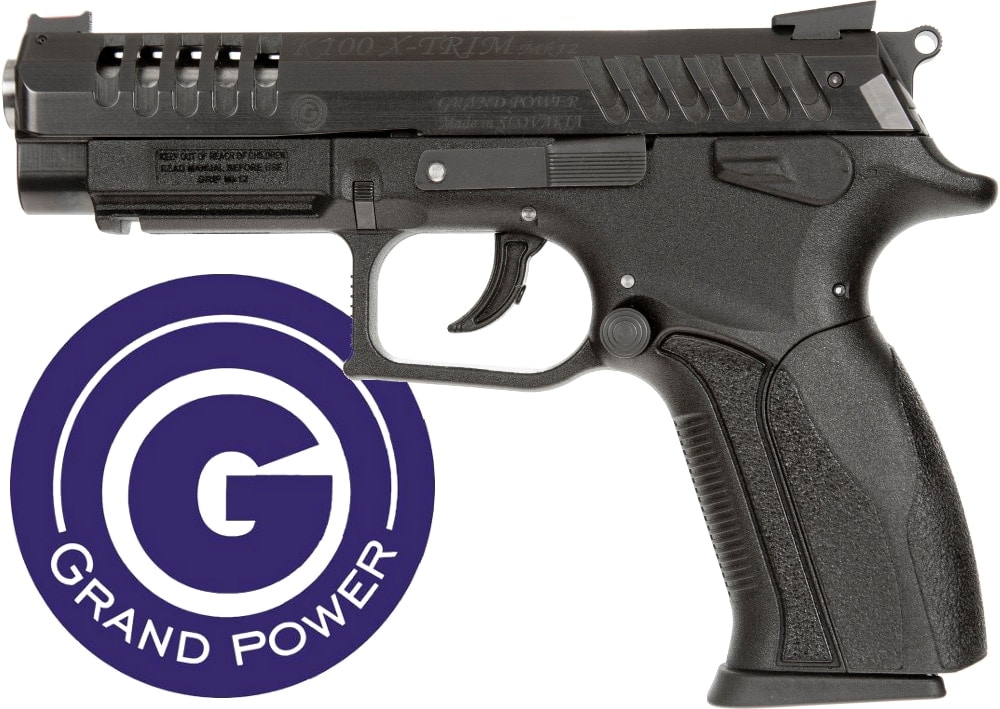 Outside of the U.S., Grand Power is a much more common name especially in Europe where these guns are tearing up the competition scene. While they make service pistols for military and law enforcement principally, Grand Power likes to race guns, too, and they do it well.

For a while they were part of the STI brand, which is no newcomer to the competition scene. Now Grand Power is making a fresh go of it with the unique and featured duty and competition pistols. Predictably these European service pistols are polymer-framed, double-stack handguns largely chambered for 9mm.

They’re also hammer-fired, which is very popular across the Atlantic. Things get a little more interesting under the hood. Grand Power uses a rotating-locking recoil operation which locks the slide and barrel together until the rearward travel cams the barrel out of the slide and into the frame.

This type of recoil operation has none of the extra flip associated with Browning-style tilting-locking action making them soft especially in 9mm. Grand Power pistols have a standard capacity of 15+1 for the full-size and semi-compact models and 12+1 for the sub-compact model for concealed-carry.

Grand Power guns really pack a lot of features in addition to their interesting and uncommon operation including true ambidextrous controls and a very good out-of-the-box trigger.