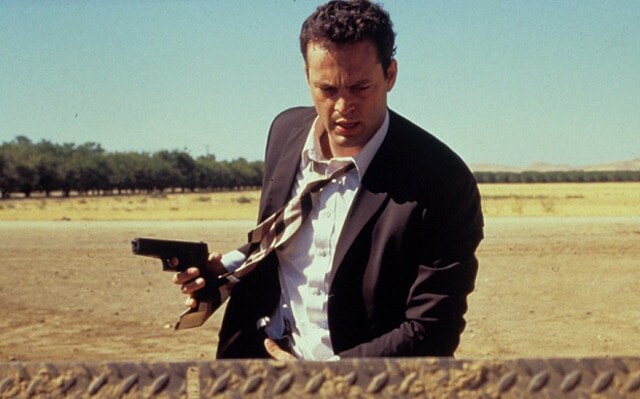 Every now and then, a celebrity comes along and shocks us all by making some extremely profound statement. “True Detective” star Vince Vaughn is currently filling that role.

In a recent interview with GQ Magazine, the 45-year-old spoke about the right to bear arms being more than just for burglars or hunting, before pointing out what many gun rights advocates already see as obvious.

“All these gun shootings that have gone down in America since 1950, only one or maybe two have happened in non-gun-free zones. Take mass shootings,” Vaughn said, “they’ve only happened in places that don’t allow guns. These people are sick in the head and are going to kill innocent people.”

“They are looking to slaughter defenseless human beings,” he added. “…They are monsters killing six-year-olds.”

Vaughn also said that the schools where the children of the politicians that run the country attend have guns in them, “and we should be allowed the same rights.”

“Banning guns is like banning forks in an attempt to stop making people fat,” he concluded. “Taking away guns, taking away drugs, the booze, it won’t rid the world of criminality.”