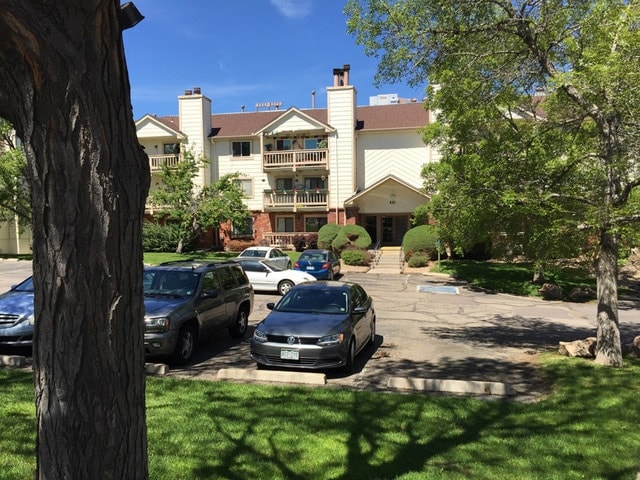 Residents of the complex, who say the area is normally quiet, were shocked to hear about the attempted robbery. (Photo: ABC 7)

An attempted robbery outside an Aurora, Colorado, condominium late Friday night ended with all three suspects being shot – the district attorney said the man who pulled the trigger won’t face any charges.

Two men were helping a friend move into the complex when they were targeted by three other individuals while in the foyer. The suspects were armed with handguns and demanded money from the men who were moving, ABC 7 reported.

Two of the men reached into their pockets to retrieve cash for the suspects, but the third man, who had a valid concealed carry permit, reached for something else. Fearing for his own safety, as well as that of his friends, the man pulled out a handgun and opened fire on the suspects, striking all three.

Police responded to calls about the shooting, and as law enforcement arrived on scene, the concealed carry permit holder placed his gun on the ground. Authorities recovered multiple weapons from the scene, presumably belonging to the suspects, two of whom were transported to the hospital. The third suspect fled from the scene before authorities arrived.

Authorities said the intended victims are cooperating with the investigation.

None of the names of any of the involved parties have been released and authorities are still working to determine the identities of two of the suspects. All three suspects are between the ages of 16 and 20.

District Attorney George Brauchler said the man who fired the shots will not face any charges, according to reports from a local CBS affiliate.

“If you have a weapon on you and you are placed in imminent fear of serious bodily injury or death, you are entitled to defend yourself,” Brauchler said.

“This is straight up regular common sense and statutorily codified self-defense,” he added.