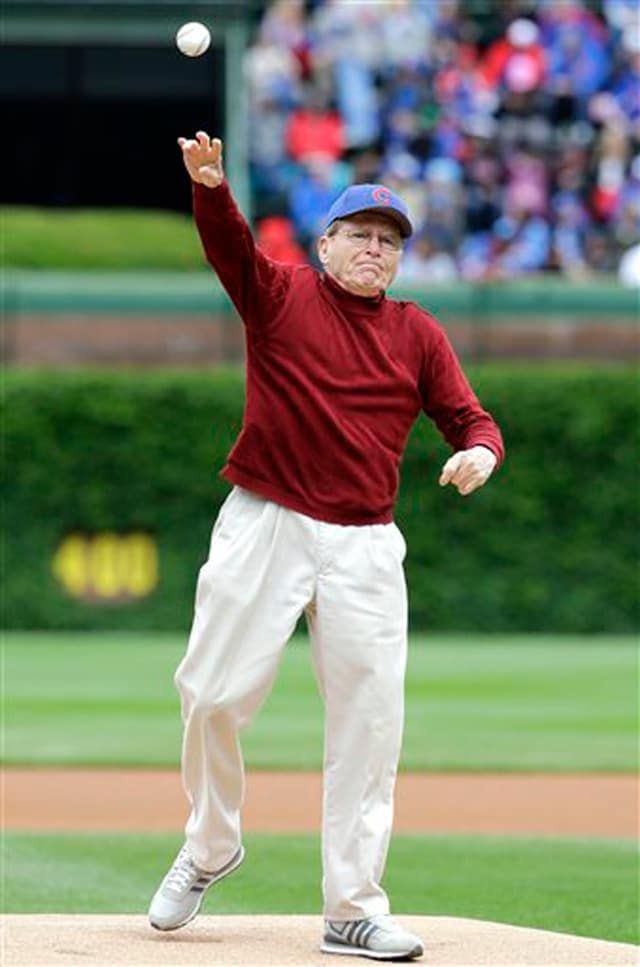 More than 70 years after he was being considered to join the Chicago Cubs, 92-year-old Tony Gianunzio fulfilled a lifelong dream when he threw the ceremonial pitch from the mound at Wrigley Field Sunday.

“It feels just like 1942 when I could do it,” Gianunzio said. “I could throw that ball beyond 90 miles an hour and I had a curve like nobody else had one.”

Gianunzio had hoped for a baseball career, but joined the U.S. Coast Guard instead. After serving as a gunner’s mate in World War II, returned home and began teaching high school English and writing.

“My dream really ended with the war, because after the war and late in the war I knew I wanted to get a college education,” Gianunzio said. “I wasn’t going into professional baseball — as much as I loved it — because my real love was in teaching.”

Gianunzio retired from teaching after 40 years, and his baseball dream became a reality when students from the Compass College of Cinematic Arts, who were producing a documentary about Gianunzio, called in a favor to the Chicago Cubs.

Gianunzio admitted he hadn’t thrown a baseball in 45 years, excluding the two weeks of warm-ups before the ceremonial pitch, but the event made him feel 49-years-old again.