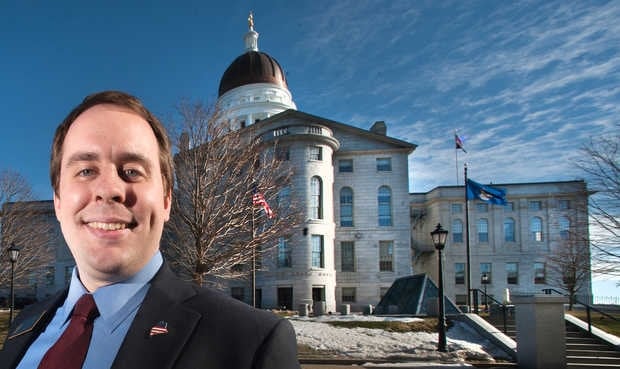 Following the lead of the state Senate, the Maine House approved a bill Monday to allow the concealed carry of handguns without a permit in a quick 83-62 vote that included over a dozen Democrats.

Introduced in March with broad support, the bill overcame negative endorsement from the Legislature’s Criminal Justice Committee, who voted earlier this month against its passage earned the bipartisan support of the Senate in a 21-14 vote last week. Monday’s easy endorsement puts Maine within striking distance of becoming the seventh state with such laws, a club that was started by neighbor Vermont.

“It’s great that we have finally gotten to a place where people understand the importance of this protection and are comfortable enough to let our Maine citizens exercise the same freedoms that the state of Vermont allows their citizens to exercise,” said Sen. Eric Brakey, R-Androscoggin, the bill’s sponsor after the House vote.

Brakey’s measure, LD 652, authorizes a person not prohibited from possessing a firearm by federal or state law to carry a concealed handgun without first obtaining a permit. In addition, it allows for the possession of a loaded handgun in a motor vehicle, which is currently against the law.

The House added a pair of amendments to the Senate’s original proposal. The first mandates that those carrying without a permit advise law enforcement they are armed if stopped. The second restricts carry to those 21 years of age or older.

However, in recent years backlogs in granting permit applications has resulted in delays of up to 60 days before being granted by the state police, who support the move to constitutional carry.

While the state police endorsed the measure, lobby groups to include the Maine Chiefs of Police and Maine Sheriffs associations opposed its passage.

“LD 652 eliminates an important tool that law enforcement uses to prevent dangerous people from carrying concealed, loaded handguns in public,” said Chief Bob Schwartz (Ret.), executive director of the Maine Chiefs of Police Association in a statement emailed to Guns.com Monday. “By passing this bill, the Maine legislature has put politics ahead of the public safety of Maine’s citizens, and the police officers who put their lives on the line every day to keep our communities safe.”

The measure now heads back to the Senate, where lawmakers there will have to vote on keeping the House amendments. If they concur, it will land on Republican Gov. Paul LePage who is seen as likely to sign it into law.