Naughty pig leaves quite a mess in cop car (VIDEO) 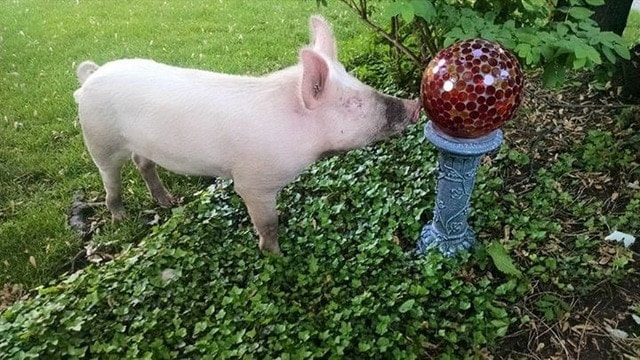 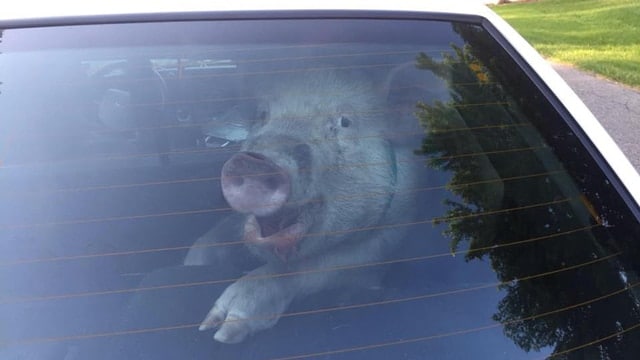 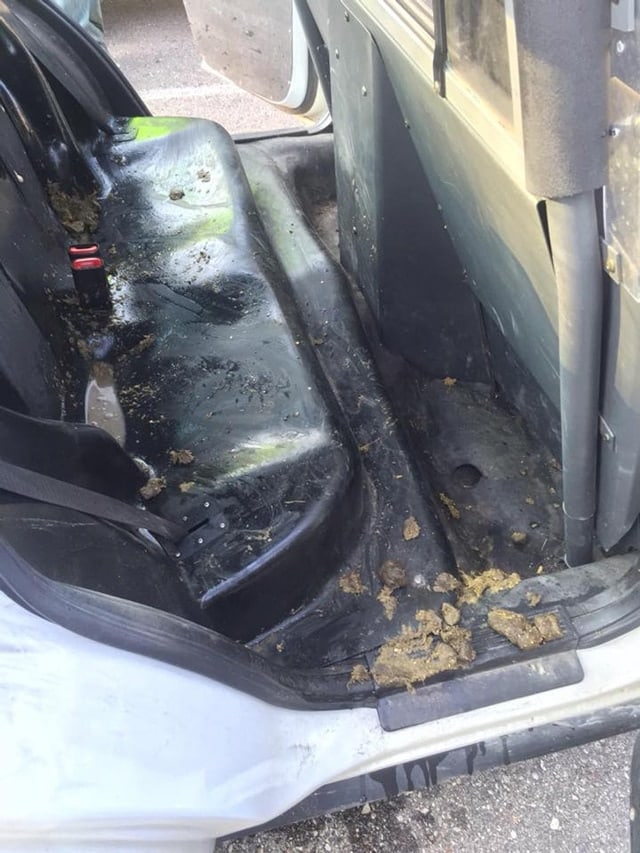 Debbie DeRiemaecker said she was busy doing yard work when all of the sudden, out of nowhere, a pig comes charging at her. The naughty pig apparently chased the woman around the yard before finally becoming distracted by a large, shiny garden decoration.

DeRiemaecker, unsure what to do about situation, called 911 and – while laughing the whole time – explained the predicament in which she had found herself.

Officers arrived and corralled the pig into a squad car to return her to her owner, but not before leaving a big mess in the back of the cruiser.

The pig, who according to a post on the department’s Facebook page, is named Daisy, appeared to be laughing all the way home.