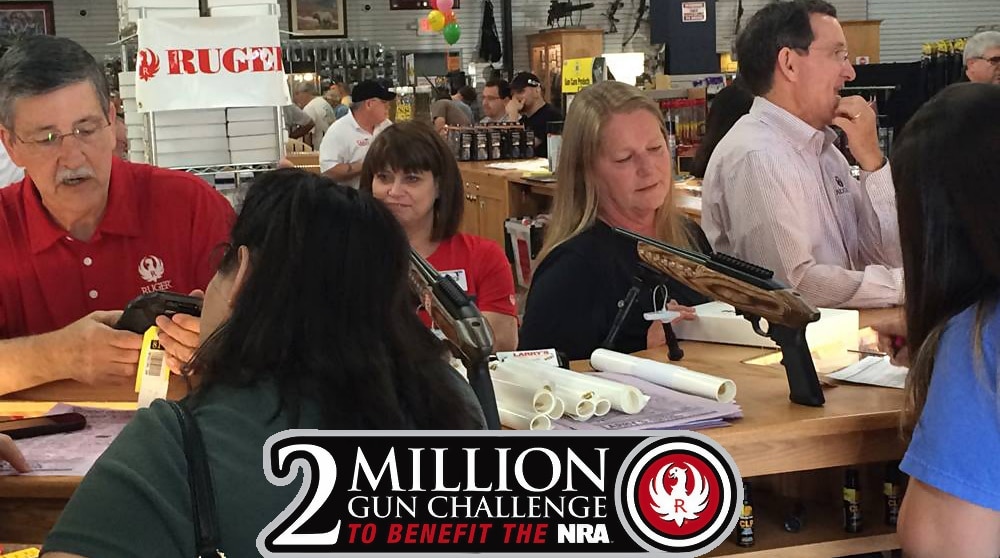 Sturm, Ruger & Co. is doubling down on past efforts to raise money for the lobbying arm of the National Rifle Association.

“We’re bringing back the One Million Gun Challenge with a twist,” said Mike Fifer, Ruger’s chief executive officer. “Our goal is to sell two million firearms between the 2015 and 2016 NRA Annual Meetings. With that, we pledge to donate not one, but two dollars to the NRA for every new firearm sold during that time. We accomplished our goals to support the NRA in 2012, and with the help of our loyal customers, we believe we can do it again.”

The NRA and NRA-ILA are happy to hear the revival of the highly-successful campaign. “The unwavering support of Ruger is critical, especially now,” said NRA vice president Wayne LaPierre. “The next year and a half, until President Obama leaves office, is the most dangerous period in history for the Second Amendment and our freedom.

“Ruger’s 2 Million Gun Challenge is a model of good corporate citizenship in defense of American freedom,” said the NRA-ILA’s Chris Cox. “By supporting the NRA’s fight to defend the right to keep and bear arms, Ruger not only advances the rights of American gun owners and hunters — they also directly benefit the freedoms and safety of all Americans.”

Ruger is making it easier than ever to find something interesting, as the company continues to expand their catalog, with new products that have a both widespread and niche market appeal. If you want to see how the new 2 Million Gun Challenge is faring, pop over to the project website.