Looking to get more out of your .45? BBTI is shining the light 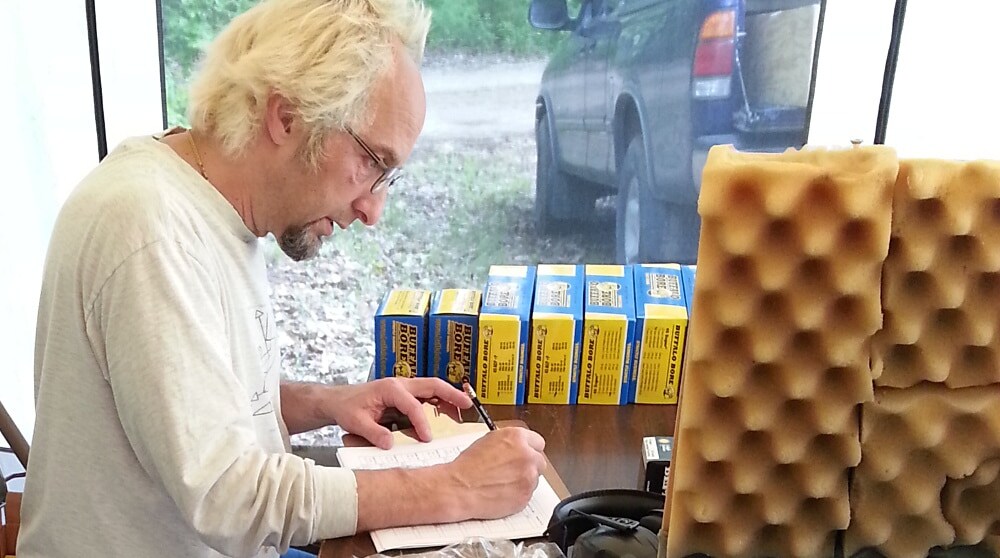 The .45 ACP cartridge is one of the most long-lived, highly-used rounds ever developed. Originally designed by small arms icon John Browning, .45 Auto represents a major step forward in American military sidearms, one that’s still in use by select units to this day.

In a lot of ways, the cartridge is showing its age. It was developed as a round for the trenches, to make a big hole regardless of how badly things got. The round is extremely forgiving, with its big bullet, big primer and big, empty case.

One of the reasons .45 ACP has a reputation for being literally bulletproof is room for bullet setback. Setback occurs when the projectile is forced backwards into the cartridge. If there isn’t space for the bullet it will compress the powder, which if ignited, can spike, leading to catastrophic failure. The roomy cartridge can accept a relatively large amount of setback without worry.

That was an issue that technology has largely made irrelevant. Better loading standards and higher quality materials mean that cartridges are less likely to suffer from bullet setback, and when it does happen, better barrel steel and overall handgun quality ensures that the pressure build-up is safely discharged. 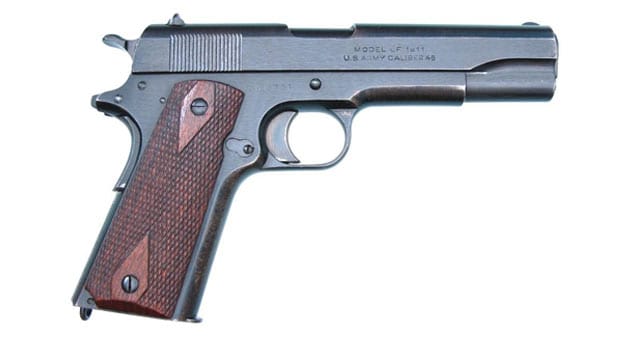 What that means is that one of .45’s greatest strengths when it was developed is now one of it’s greatest shortcomings. It’s a bulky round with few performance advantages over other, smaller, more efficient cartridges, especially when running un-suppressed.

With the advancements in handgun technology today, it can be awfully tempting to take advantage of that big, empty case — by loading it to up to the rim with powder.

A lot of people have done just that over the years, with positive — and negative — results. Although .45 +P is now standard for self-defense and duty, time and trials have born other options.

There’s over-pressure and there’s over-pressure. Enter .45 Super and 450 SMC. These are newer rounds that are externally identical to .45 ACP, but inside there’s a lot more going on. Not only is there more powder, but there’s more brass, too.

The .45 ACP doesn’t need particularly thick case walls, even with unsupported chambers. .45 is a big caliber and one concession is usually less-than-perfect chamber support to improve feed geometry as seen with more than a few chamber designs. When you fill that space with powder, you stress the case more, which can lead to case bulging and worse, ruptured casings.

Designed to run at higher pressures, .45 Super and SMC are internally different with thicker walls, particularly towards the case head where support can be less reliable. With .45 ACP’s shortcomings buttoned up, the question remains, do these rounds really offer that much more? 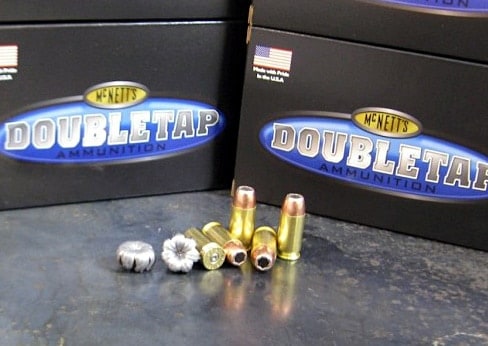 Double Tap’s .45 SMC loads were some of the hottest, clocking over 1,300 FPS with a 185-grain bullet generating over 700 foot-pounds of force. (Photo: Double Tap)

The numbers say yes, and Ballistics by the Inch has plenty. To set a baseline the crew tested several standard and +P .45 ACP loads. They focused on self-defense loads for the most part, although they did test ball ammo for good measure. BBTI has released two rounds of testing with more to come.

The first round of testing was with a pair of Boberg XR45-S pistols. The Boberg design puts a lot of stress on cartridges and is a great way to determine if the loads are prone to any wandering bullets in a safe way. Boberg pistols use a reverse-feed system that has a tendency to work as a bullet puller with loose ammo — if during any of their testing bullets got yanked from their cases they would know they were equally prone to bullet setback which poses a greater risk with over-pressure loads.

Their second round of testing was with a Glock 21 Gen 4 with the factory polygonal-rifled barrel and recoil assembly and with an extended, traditionally-rifled .460 Rowland barrel and extra-power recoil assembly. This test shows how .45 Super and SMC perform in full-size pistols.

Standard-pressure .45 ACP ball ammo clocked in at 300 to 350 foot-pounds of force at the muzzle, which is on-par with many 9mm Luger loads and even soft by most .40 S&W loads. Self-defense .45 ammo is another story, with most +P hollow-points in the 400 to 525 foot-pound range — a respectable step up.

With these rounds it can’t be said that .45-caliber handguns are getting long in the tooth compared to other self-defense handguns when loaded with .45 Super or 450 SMC. During testing the team largely didn’t run into any issues, although the Boberg did pull the occasional Buffalo Bore round, which should be taken into consideration if you want to reduce the risk of bullet setback.

Like with any over-pressure loads you also might want to consider an extra-power recoil spring if you’re going to shoot them exclusively and you’ll have to accept a little extra wear on your guns. And it might void a warranty here or there.

But all that can be true when shooting any over-pressure round, even 9mm loads. It’s just that no 9mm is going to sling 185-grain flying ashtrays downrange at 1,300 feet per second. That level of performance is largely unmatched in the world of automatic handguns.