Man who shot at George Zimmerman to invoke 'Stand Your Ground' 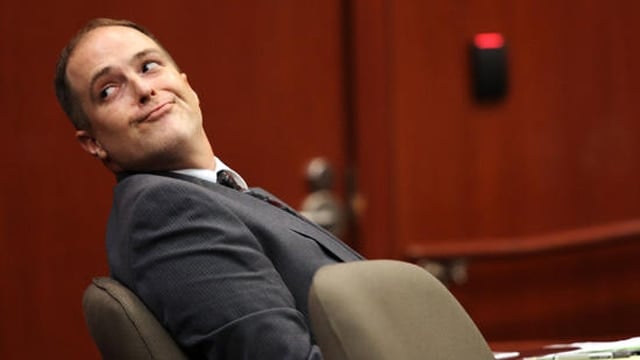 In an ironic, yet not surprising turn of events, the man accused of shooting at George Zimmerman during a road rage incident in Lake Mary, Florida, in May will likely use the “Stand Your Ground” defense.

Matthew Apperson, who was charged with aggravated assault and battery following the incident, claimed he acted in self-defense after Zimmerman pointed a gun at him and threatened to kill him. Zimmerman’s attorney, Don West, disagrees with Apperson’s claim to self-defense.

“Of course, as you know,”Apperson’s attorney, Michael Lafay, explained, “Mr. Zimmerman is no stranger to a ‘Stand Your Ground’ situation.”

Zimmerman’s own attorneys considered using the “Stand Your Ground” defense after he was charged with second-degree murder for the fatal shooting of 17-year-old Trayvon Martin in February 2012, but eventually decided against the defense.

According to the police report, Zimmerman and Apperson had previous altercations with one another and at least one officer accused Apperson, who was released from a mental ward three weeks before the incident, of having a “fixation” on Zimmerman.