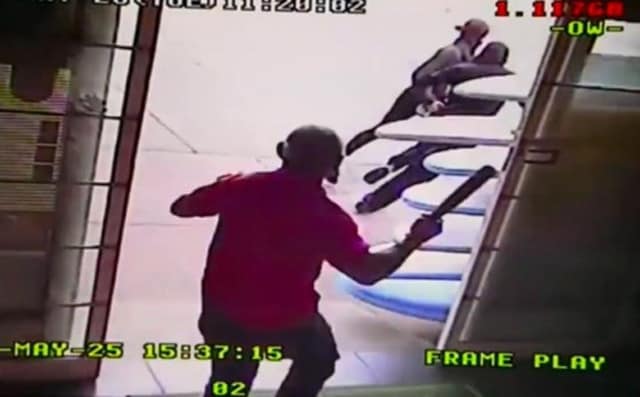 Keith Butler may me a small man and at 64-years-old seem like an easy target for some young criminals, but he proved that looks can be deceiving to three men who recently tried to rob him.

Butler was working at a gas station in New South Wales, Australia, when the men entered the store and demanded money, but moments later, Butler, who is a former boxer and currently holds a black belt in karate, grabbed a bat and set out to defend himself, all of which was captured on video surveillance.

Two of the men immediately fled from the store, while the third originally decided to stay behind and take on the gentleman, but quickly changes his mind.

Butler explained his actions after the attempted robbery.

“I’m small,” he said, “The thing is people who are small react in that way, the way you come up in life, you don’t let people bully you.”

And he had a message for the criminals.

“I’d like to say to the three guys if they’re watching this, get yourselves a job, you’ll earn more money.”