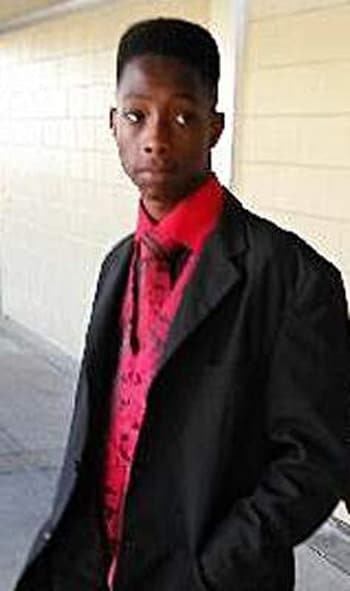 Edward’s father said the teen had one week of school left and was excited about starting high school next year. (Photo: The Tampa Tribune)

Edward Harris IV was fatally shot Sunday while talking with some friends at a park in Tampa, but police confirmed the act was not random, and the boy’s father said his son was killed for violating the unspoken “no-snitching” code, a policy which many say is contributing to countless killings across the country.

After witnessing a brutal stabbing last year, Edward gave a statement to the police, detailing what he had seen. Five months after the stabbing, while Edward was walking through a park, two men, armed with guns, walked past him and stole his hat – an act which could have been either random or a foreshadow of what was to come.

Three months later, in April, Edward was the target of a drive-by shooting. Although a total of five shots were fired at him, Edward escaped unscathed. The teen again told authorities all of the details of the crime, and the fact that he did ultimately led to the arrest of a 16-year-old boy, who now faces several felony charges, The Tampa Tribune reported.

Less than two months later, Edward was targeted again while standing next to a car at a park, talking with some friends. A silver sedan drove past the group, turned around and drove by a second time. But on the second pass, the occupants of the silver car opened fire, striking Edward a single time.

Everyone in the area – including Edward’s own friends – scattered and fled the scene, leaving the critically injured teen there to die.

Faye Mosley, who lives across the street from the park, heard the car drive by, followed by the gunshots. The sounds prompted her to drop to the floor for safety, but when she looked out of her window, she saw people running away. It was then that she noticed Edward, covered in blood and stumbling down the sidewalk. He collapsed in front of her house, as she called 911 and grabbed a towel in an effort to help stop the bleeding.

“Nobody was helping him,” Mosley said, noting that they were possibly afraid of those responsible returning with additional gunfire. 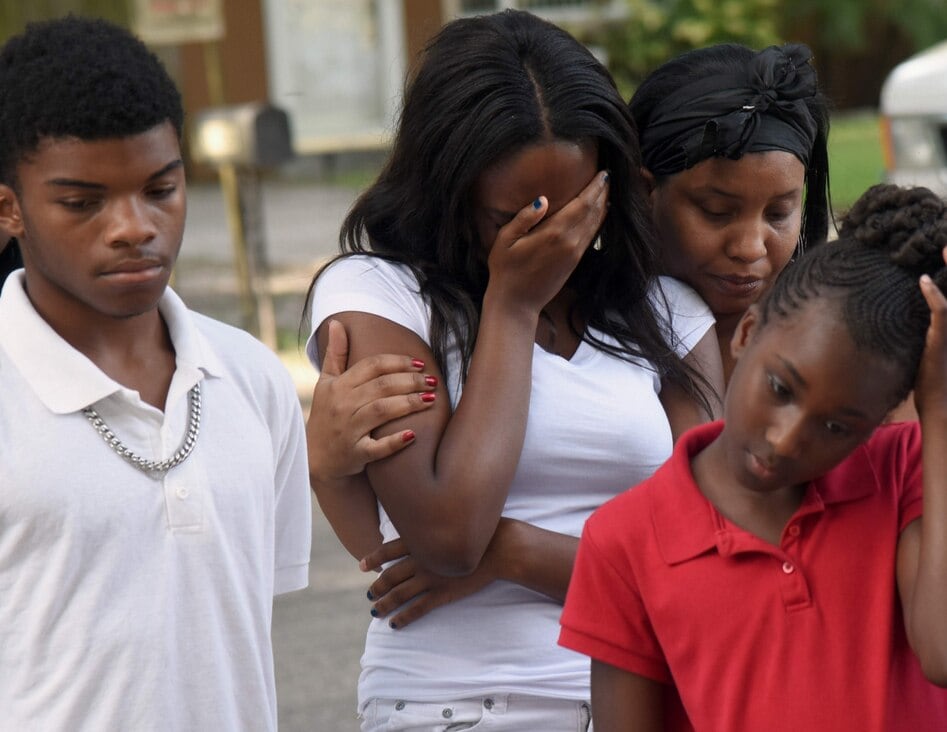 Still, no one has yet to cooperate with authorities in Sunday’s shooting, but police did obtain a surveillance video which captured the entire incident. Apparently the car seen in the video has been located, but no charges have been filed at this time.

The father urged those in the neighborhood to speak up, noting that unless the no-snitching culture comes to an end, the killings will continue. He said his son’s death wasn’t the first and the threat remains constant.

Tampa police Assistant Chief Mary O’Connor said they are unclear at this point if all of the incidents are connected, but they are considering the possibility, and it is believed that the shooting was a targeted act.

She called the actions of those responsible “extremely dangerous and extremely bold,” citing the shooting was carried out in broad daylight at a city park.

Again, O’Connor asked for help in serving justice for the teen’s death, but at the same time acknowledged those who cooperate with authorities, like Edward, run the risk of having a target placed on them. Nonetheless, Crime Stoppers is offering a $3,000 reward for information leading to the arrest of those responsible for Edward’s death – a nice sum, but maybe not enough to risk one’s life over.

“The no-snitch culture makes it extremely difficult for us,” O’Connor said. “But with the video, we at least have something to go on.”

But the movement isn’t only limited to Tampa either.

“It’s happening all over the country,” said Tampa Mayor Bob Buckhorn. “It’s a far more complex and multi-generational problem that is coming to a point in terms of lack of hope, grinding poverty, the breakdown of the family and most importantly, the availability of guns in the hands of young men who want to settle every dispute with a gun. The result is a generation that is killing each other.”

And the no-snitching policy, the lack of willingness to talk to the police, is only contributing to the problem. Buckhorn said part of the solution should be reaching kids before they are “seduced by the street and neighborhood gangs.”

Meanwhile, innocent kids are continuing to be killed in the crossfire. O’Connor noted that homicides in Tampa have almost doubled so far this year compared with last, and that nearly a quarter of those victims were teenagers.