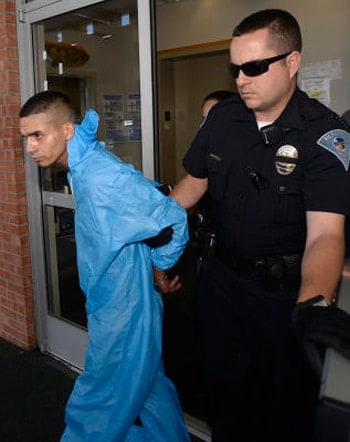 If a federal court determined Andrew Steven Romero, 28, is a career criminal, he will face 15 years to life in prison. (Photo: The Albuquerque Journal)

The man responsible for the shooting death of a police officer in New Mexico last week is in federal custody, facing a slew of charges, and according to a statement released by the Federal Bureau of Investigation, the prosecution is part of an initiative aimed at reducing violence by targeting “the worst of the worst” offenders.

Officer Gregg “Nigel” Benner, 49, was killed during what he thought would be a routine traffic stop on May 26 in Rio Rancho. Just after 8 p.m., Benner initiated a traffic stop of a Dodge Durango over an issue with the registration.

According to court documents, Andrew Stephen Romero, 28, initially gave the officer false information about his identity, and as Benner returned to the vehicle from his patrol car after confirming the information was untrue, the Durango sped away.

Romero’s girlfriend, who was driving the vehicle, told authorities that Romero slammed the car into drive as Benner attempted to open the passenger side door and told her to “step on the gas.” She said she complied and that she was scared because Romero had a gun to her side.

A short pursuit ensued before Romero shot the girl in the foot as she was pushed from the car, and the vehicle came to a stop shortly thereafter. As Benner approached the vehicle, Romero opened fire again, striking the officer several times in the torso. Despite the fact he was wearing body armor, Benner died. Romero fled on foot, but was apprehended several hours later. 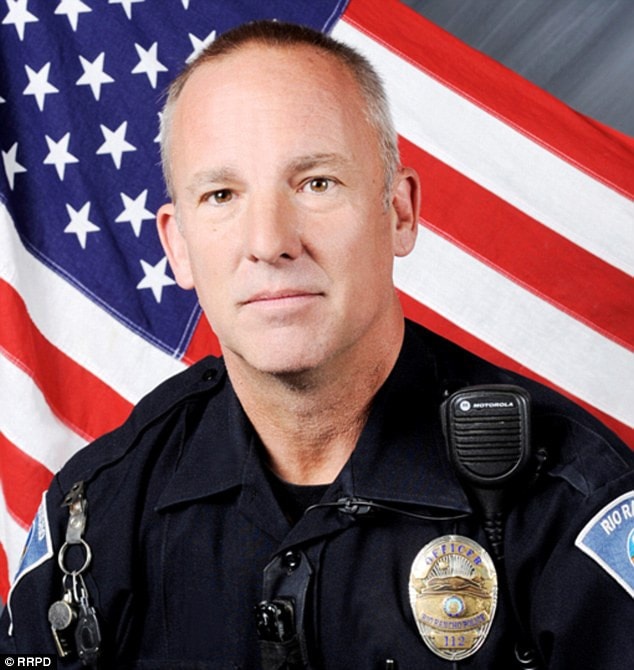 Officer Gregg “Nigel” Benner was a four-year veteran of the force, a husband and father of five adult children. (Photo: The Albuquerque Journal)

Court documents show that Romero had an extensive criminal history spanning over the last decade. In 2006, he was convicted of voluntary manslaughter and aggravated assault for which he served a term of three years.

Earlier this year, while still on probation, Romero was convicted of drug trafficking, possession of a firearm or destructive device by a felon and aggravated assault. In addition, he already had at least two outstanding warrants for probation violations.

Romero is also the suspect for eight violent armed robberies which occurred over a one week period in March.

He has now been charged with murder, shooting from a motor vehicle, aggravated battery with a deadly weapon, aggravated fleeing from law enforcement, tampering with evidence, and being a felon in possession of a firearm. Romero is being held on a $5 million cash only bond.