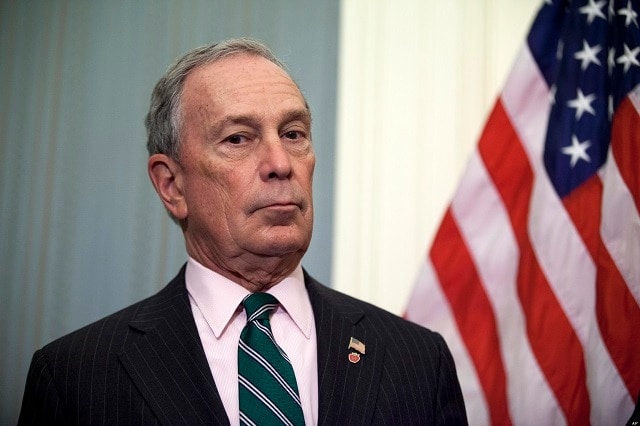 Reports have former Mayor Michael Bloomberg being courted by Democratic leaders to run as an alternative to Hillary Clinton for that party’s nomination for president. (Photo: AP/Evan Vucci)

There is speculation in New York-based media outlets that prominent Democrats are seeking to entice former Mayor Michael Bloomberg into a bid for the White House in 2016.

Bloomberg, 73, who lead the Big Apple for more than a decade and is recognized in Forbes as the 14th richest individual in the country, is being courted by members of the Democratic Party as reported by the New York Post.

The speculation comes after a group formed to draft U.S. Sen. Elizabeth Warren, D-Mass., to seek her party’s nomination disbanded, leaving a resulting dearth of credible alternatives to former Secretary of State Hillary Clinton in the upcoming presidential elections.

“New York Dems friendly to Bloomberg have approached him to gauge his interest,” wrote Michael Goodwin for the Post on Tuesday. “Their argument is that Clinton’s vulnerability with general-election voters, especially independents, could result in a Republican president.”

While there has been no word from the Bloomberg camp, the billionaire with hobbies that include funding gun control groups and political candidates has briefly flirted with running for the nation’s highest office several times. As noted by Vanity Fair after Goodwin’s article broke, rumors of a Bloomberg presidential run popped up in both 2007 and 2011.

Last May Bloomberg himself, who in the past has been first a Republican then a Democrat was candid on CBS’ Face the Nation about his prospects to enter the 2016 race as an independent.

“If I thought I could win, it would be something to consider,” he said. “But you can’t win, and I’ve given 12 years to public service and I’m not going to be a candidate for president.”

At the time, he also endorsed Hillary Clinton for the job, saying, “I think she would be a spectacular candidate on the Democratic side.”

Bloomberg followed that up a month later with cryptic remarks on government and a flight to Israel in protest of the State Department’s ban on flights to Ben Gurion airport last July fueled further speculation from even conservative commentators that he would make a formidable horse in the 2016 race.

Should a run materialize, Bloomberg could face off against another New York billionaire seen as seeking a GOP nod – Donald Trump. For perspective, Trump is currently listed by Forbes as the 405th richest individual, worth about a tenth of Bloomberg’s fortune on paper and is set to announce his decision to run or not by June 16.

Gun rights advocates reading the tealeaves of a possible Bloomberg run see it as a defacto assault on the Second Amendment.

“I think the big motivation for Bloomberg wanting to be president is that he could spend hundreds of millions of taxpayer dollars to attack Second Amendment rights instead of the $50 million of his own money he is spending yearly,” Alan Gottlieb, chairman of the Citizens Committee for the Right to Keep and Bear Arms, told Guns.com Wednesday.

“That is what gun owners would face with Bloomberg in the White House,” Gottlieb said. “We cannot let that happen.”