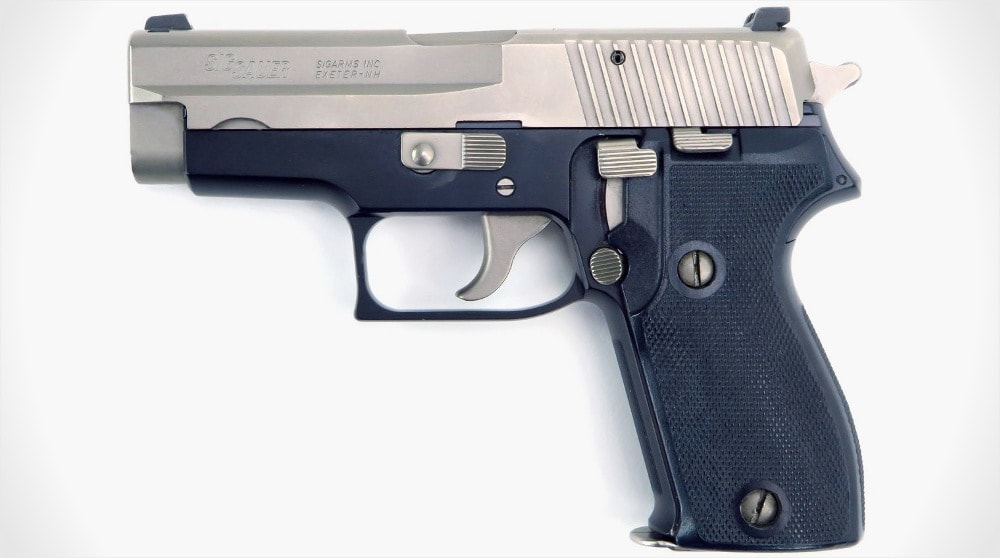 The updated P225 will have some changes and won’t look quite like the original P225 but it will be close and have some improvements. (Photo: Collectors Firearms)

SIG Sauer has quietly confirmed the return — resurrection, even — of the P225.  It will have some design changes to bring it in-line with their current manufacturing methods while staying true to the original as much as possible.

Jeff Creamer, SIG executive director, made the announcement on the SIG Forum and the news was later broken by Osage County Guns. Since then we have independently received confirmation from SIG reps that the P225 is, yes indeed, about to make a comeback.

In fact, SIG has plans for at least two models for the new P225, with availability expected in the next couple of months. The first model will have a stainless slide with an alloy frame and and the second model an all-stainless version, slide and frame. The P225 is a 9mm single-stack “Classic” P-series pistol that’s pretty much a shrunken-down P220. 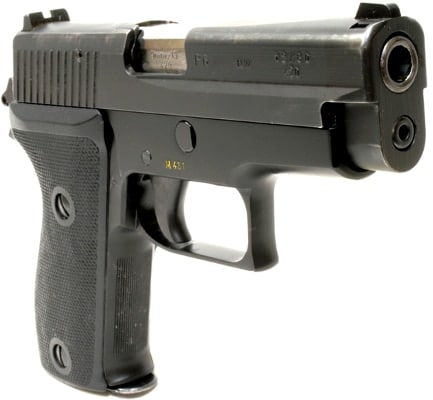 The P6 was a P225 variant. It can be identified by its sloped slide and hooked hammer spur. It is a popular concealed-carry pistol in the U.S. (Photo: uncredited)

The P225 was originally developed to be a lightweight service pistol for the Swiss military, and the design was a big hit in West Germany in the 1970s. SIG put together a special variant for the German police, the P6.

In the U.S. the single-stack 9mm became popular as a concealed-carry and backup pistol, especially the P6, after German police decommissioned the P6 and sold off its surplus pistols on the American market.

With the development of the P239, SIG had a bit of a redundancy in their line-up, and the P225 was eventually cut from their catalog. Now, thanks to modern manufacturing, combined with consumer demand and SIGs culture of offering more and more options whenever possible, the P225 is coming back, albeit with a couple of changes.

The machined stainless steel slide is the biggest departure from the original design which used a stamped steel slide, like the original P220 and early P226. This will probably make it a hair more but it will have the same profile as the original P225. The all-stainless design will definitely weigh more than the original, and will appeal to shooters looking for a compact, low-recoil 9mm handgun.

As an added benefit, by going with a milled stainless slide the new P225s will be stronger, with a higher service life and the ability to handle more high-pressure rounds. SIG made the switch to machined slides in order to handle cartridges hotter than 9mm Luger, including .40 S&W and .357 SIG.

One small but aesthetic difference will be that the new P225s will have the same trigger guard contour as the P228, which is oversized for use with gloves but not squared off on the front like the original. The trigger guard changes might be a negative for purists, but it differentiates the new guns from the originals and makes it a little more concealed-carry friendly.

The best part about this is that the return of the P225 is great news for existing P225 and P6 owners. In the past couple of years, parts and accessories including magazines have been drying up, making it hard service guns already out there. For all the changes to the new pistols, they’ll still use the same small components.

And who knows, maybe P225 shooters will be treated to some updates, such as the E2 grips which have been spreading across the SIG line-up these past few years. In any case, whether you’re a P225 owner or looking forward to becoming one, this is great news.