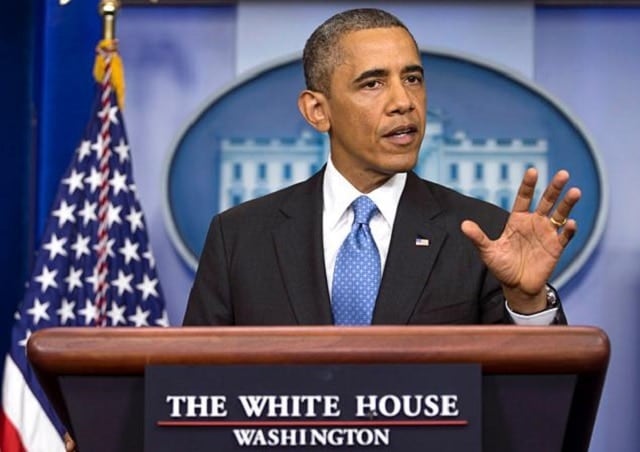 A Republican-led vote in the House this week sent a major appropriations bill to the Senate that would neuter many of the Administration’s gun control measures. (Photo: Reuters)

The U.S. House gave its final approval to an appropriations bill which contains a number of amendments that could derail controversial Obama administration executive orders on gun policies.

Passing the House in a 242-183 vote Wednesday was the $51.4 billion Commerce, Justice and Science Appropriations Act, which controls funding for a number of government departments to include NASA and the Department of Justice among others. Included in the more than 87 amendments to the bill are a grocery list of proposals that will deny federal dollars to programs established in recent years through executive action, which Republican lawmakers argue are a waste of taxpayer dollars.

“The legislation targets funding to programs that are vital to our economic development and national security, and that will help America remain the global leader in science research and innovation that helps to create jobs both now and in the future,” said Rep. Hal Rogers, R-Ky., House Appropriations Committee chairman, in a statement. “And, it makes these investments in a very responsible way – eliminating unnecessary or unneeded programs, and reducing funding for other, lower-priority agencies.”

Among the assumed unnecessary or unneeded programs in the act – listed as H.R.2578 – for which funds cannot be used is Operation Choke Point, a Justice Department initiative that has been the subject of congressional scrutiny over its perceived attack on the firearms industry by denying banking services to those businesses.

Next is an amendment that would prohibit the Bureau of Alcohol Tobacco, Firearms and Explosives from spending money on banning commonly used ammunition such as M855 Greentip. The uproar over an apparent move to reclassify that popular 5.56mm cartridge directly preceded the resignation of ATF Director B. Todd Jones in March.

In addition, the ATF would be prohibited from spending funds to on any gun-walker type programs such as the one at the heart of the Fast and Furious scandal. The bureau would likewise be forbidden to allocate money toward keeping a database of rifle and shotgun sales near the border and halted from collecting data on race and ethnicity during firearms sales. All of these issued have separately been the subject of efforts by Republican lawmakers in recent months before their inclusion in the CJS.

The National Rifle Association greeted the news of the Act’s passage, with its significant package of pro-gun measures intact, with approval and saw it as a counter-balance to the wave of recent presidential executive actions and proposed regulatory changes.

“On behalf of the NRA’s five-million members, I want to thank House Appropriations Committee Chairman Hal Rogers and House CJS subcommittee Chairman John Culberson for their leadership in fighting against the Obama-Bloomberg gun control agenda,” said Chris W. Cox, executive director NRA-ILA in a statement emailed to Guns.com. “Their hard work and unwavering commitment to protecting our freedoms resulted in a strong pro-Second Amendment piece of legislation. The NRA will continue to work with Congress to prevent President Obama from imposing his back door gun control agenda on the American people.”

Although the funding bill contains more than $73 million in funding for the National Instant Criminal Background Checks System, as well as ups the ATF’s budget by over $49 million from 2015’s outlay, gun control advocates decried the wealth of amendments aimed at pruning back the growing tangle of controversial gun regulations.

“We urge House and Senate negotiators to strip them from the final bill in conference. An appropriations bill – which must continue to invest in our nation’s criminal background check system – is no place to do the bidding of the corporate gun lobby on our nation’s gun laws,” the statement further read.

One particular area of funding stripped away from the ATF that caught the gun control organization’s eye was an amendment by Rep. John Carter, R-Texas, which would prohibit a change in the chief law enforcement officer certificate requirement for acquiring Title II weapons such as suppressors and select-fire guns. 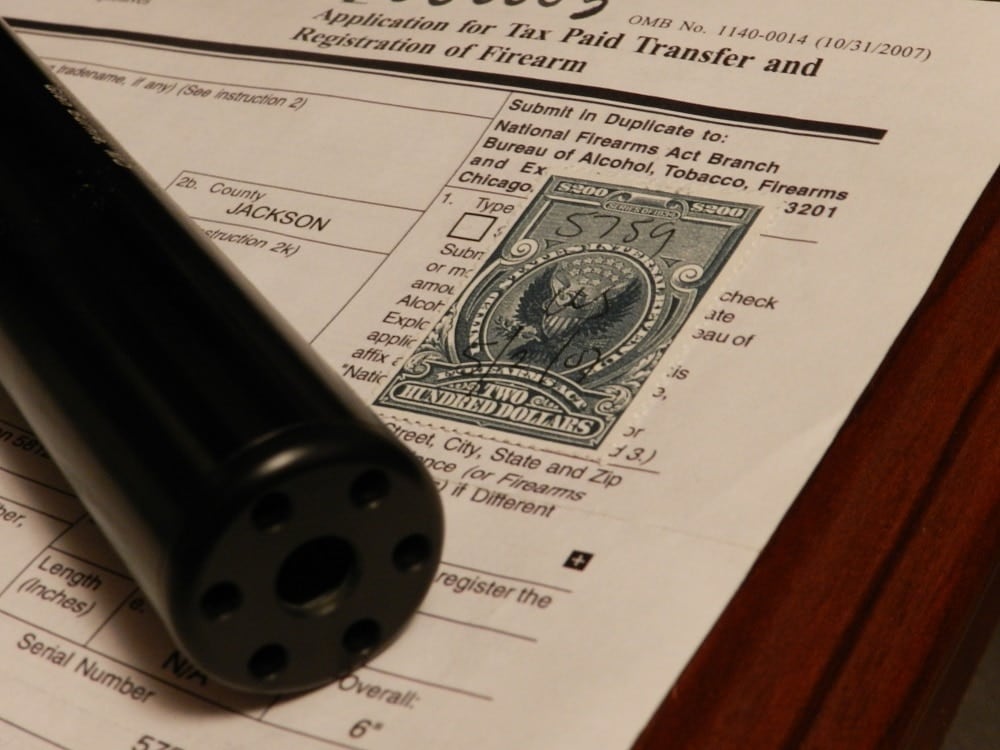 The ATF is seeking to amend the transfer of firearms and suppressors under the National Firearms Act of 1934 through a Notice of Proposed Rulemaking known as ATF 41P. Under the change, a CLEO certification would be required for all transfers, even those done through a trust. Currently, only individuals are subject to the certificate sign off requirement.

“Make no mistake: the net effect of this gun trust rider is to hamstring our law enforcement officers and make it easier for dangerous people to acquire machine guns – a result no legislator should be proud of,” warned Giffords and Kelly in their statement.

However, gun industry trade groups support the Carter amendment, saying the sign-off system is obsolete and subject to abuse.

Advocates seeking to remove NFA items from what they contend are overly strict requirements, many of which date to Prohibition, also support the amendment which would chill the proposed regulatory change they feel is unneeded.

“This proposed rule [41P] would result in a de facto ban on NFA transfers in many jurisdictions, jeopardizing thousands of jobs supported by the manufacturing and sale of such items,” Knox Williams, president of the American Suppressor Association, told Guns.com. “With suppressors accounting for the overwhelming majority of NFA transfers, fighting this politically motivated executive action immediately became one of ASA’s top priorities.”

Williams, like Keane, argues that the CLEO process is a throwback that predates modern practices and is inefficient.

“The proliferation of modern databases, such as the NICS system, has antiquated this requirement. Given the already extensive background checks currently in place, this expansion of this requirement will not enhance public safety in any way. Instead, it will only serve to create hardships for collectors, manufacturers, and licensed dealers,” Williams said.

“We call on House and Senate negotiators to keep this language intact in the final bill,” he said.

The legislation now heads to the first Republican-controlled Senate since 2007, which has not started work on its version of a CJS appropriations bill.

In a broadside from the White House this week, the Administration issued a seven-page list of problems with the House measure, including its move to defund gun control initiatives.

“The Administration strongly objects to numerous provisions that would inhibit efforts to combat illegal gun activities, including unlawful trafficking, particularly where there has been little or no meaningful engagement with ATF on the provisions and their application,” reads the letter, which warns of a veto. ‘The Administration also urges the Congress to repeal a number of other unnecessarily restrictive provisions made permanent in prior years.”