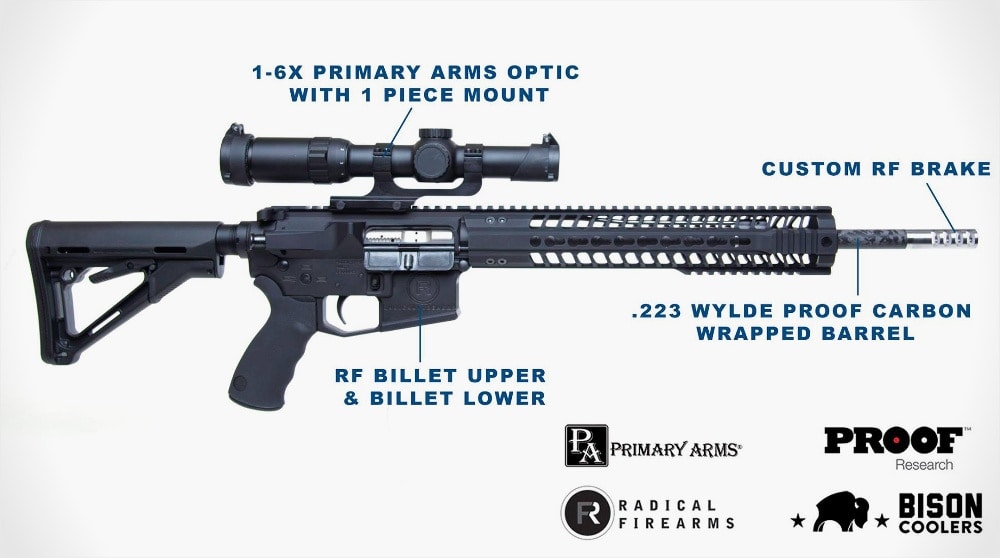 Ten rifles just like this are being raffled off easily worth $2,000. (Photo: Radical Firearms)

Radical Firearms has partnered up with Bison Coolers, Primary Arms and Proof Research to put together a nice cache of prizes to raffle off to raise money for flood relief in Texas. Everyone who donates will receive something as a way of saying thanks and some lucky donors will win big.

“The firearms community is very close knit and is always willing to help those in need,” David Spector, Radical Firearms CEO, told AR-15 News. “We all felt it was our duty to do something to help those who have been ravaged by the recent Texas rainfall and subsequent flooding.

“Our hope is that the sporting community will come together to help our fellow Texans who have suffered great loss,” Spector said. “We at Radical Firearms in conjunction with our partners are committed to assisting our community and are proud to join in with countless others in donating to the relief efforts.” 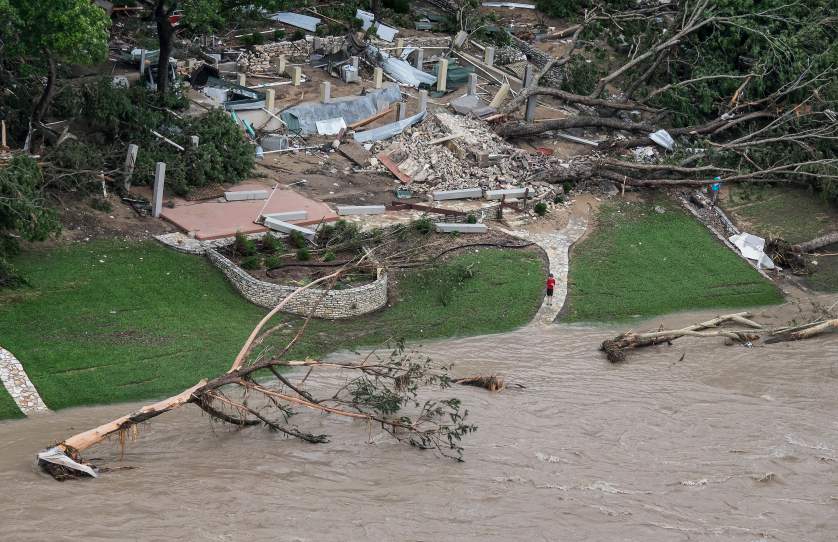 Over two dozen have been killed and still many are missing after Texas was hit by tornadoes and massive floods. Over 1,000 homes have been destroyed. (Photo: Time)

Every donation buys one chance to win a Radical Firearms sticker or patch, one of two ruggedized Bison Coolers or one of 10 custom Radical Firearms rifles sporting Primary Arms optics and hybrid Proof Research barrels.

Prizes will be drawn at random but everyone who buys a raffle ticket will win something. They are selling tickets one at a time or in lots, and anyone who buys 10 tickets gets two for free for 12 chances to win a rifle — or cooler, patch or sticker.

The rifles are a very complete package for close and longer-range shooting. They’re ARs chambered for .223 Wylde with their premium Proof Research barrels. Proof Research produces high-end carbon-fiber-clad barrels that are well known for their accuracy and ability to stay cool even with high levels of fire.

Equipped with a 1-6x Primary Arms scope and one-piece cantilever mount users can really put the Proof Research barrels to the test. With that kind of magnification it shouldn’t be hard to take the rifle out to 500 yards or more while still having low magnification options for close range shooting.

Repeatable precision shouldn’t be a problem as these rifles are built on machined billet Radical Firearms receivers fit with matching free-floating billet KeyMod handguards. These rifles would pretty easily retail for around $2,000 or more if they weren’t part of a special run for this fundraiser.

Raffle tickets lots run between $50 and $500 and 100 percent of the funds raised will go to flood relief services in Texas. If you would like to help head over to Indiegogo and pitch in. Right now the odds of winning a rifle are pretty good.