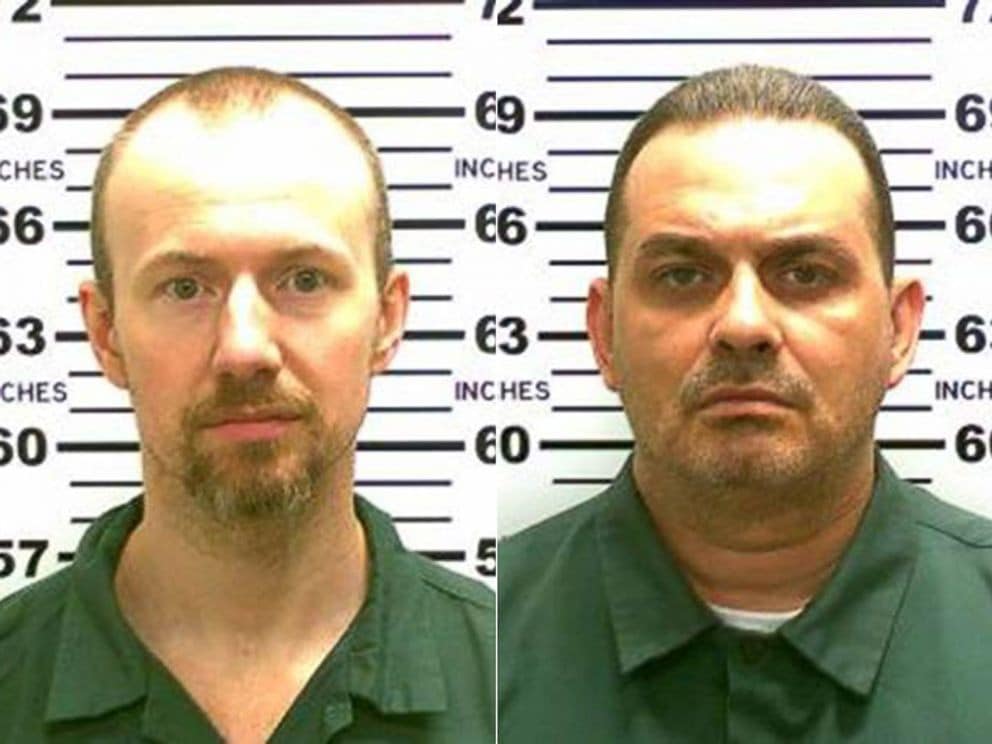 Authorities are trying to determine how two convicts – both convicted of murder and serving extended sentences – were able to escape from a maximum security prison in upstate New York over the weekend.

Authorities discovered the men left dummies behind to trick the guards and used power tools, likely over several days, to cut through a steel wall, pipes and bricks. The two inmates made their way through the insides of the prison walls, then crawled through a two-foot-wide pipe out through a manhole several hundred feet from the prison’s 30-foot exterior walls. It’s unknown how the men acquired the tools, but the incident is still under an extensive investigation.

It was the first successful escape in the prison’s 150-year history. The inmates left behind a taunting note which read “Have a nice day!” New York Gov. Andrew Cuomo said the escapees will be found and the note will be returned to them.

“These are killers. They are murderers,” Cuomo said. “There’s never been a question about the crimes they committed. They are now on the loose, and our first order of business is apprehending them.”

Sweat, 34, was convicted of killing Broome County sheriff’s deputy Kevin Tarsia, who was shot 15 times before being ran over in July 2002. Sweat, who had an extensive criminal history, was serving a life sentence for the deputy’s murder.

Matt, 48, was convicted of kidnapping and dismembering his former boss, William Rickerson, after beating the man to death in 1997. He was currently serving a term of 25 years to life at the time of his escape.

“He is the most viscous, evil person I’ve ever come across in 38 years as a police officer,” said Gabriel DiBernardo, who is retired from the North Tonawanda Police Department, referring to Matt.

Authorities have received more than 150 tips about the escaped prisoners, but so far none have amounted to any substantial leads. On Sunday, about 250 police and corrections officers gathered for a “grid search” which also included helicopters, but authorities did not say they discovered any clues to the inmates whereabouts.

New York State Police Maj. Charles E. Guess admitted they had little to go on and that the prisoners “could literally be anywhere,” reported the New York Times.

The state is offering a $100,000 reward – $50,000 each for Sweat and Matt – for any information that leads to the apprehension of the convicts. Cuomo said that offering such a reward is rare, but given the circumstances feels it’s appropriate.