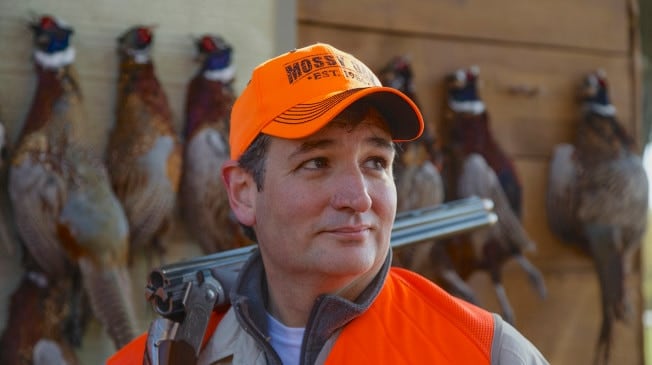 Sen. Ted Cruz, R-Texas, is under fire after it was learned his campaign launched a fundraiser sweepstakes that could require a background check before participating in a “shooting excursion” with the 2016 presidential hopeful.

Liberal media outlets have called the requirement hypocritical since Cruz helped defeat a 2013 bill which would have expanded background checks in the country.

The Cruz campaign defended the contest’s background check stipulation in an interview with Talking Points Memo on Friday, saying it was “not inconsistent” with his voting record.

The bill came in the wake of the Sandy Hook Elementary School shooting in Newtown, Connecticut, but failed to get the required votes needed to clear the Senate.

Spokesman Rick Tyler said the senator doesn’t have an issue with the current background check system, but he did oppose the 2013 bill because it would have imposed checks on transfers between private individuals, TPM reported.

“The language in the contest rules is written to be in compliance of various state laws, because some states would require background checks on a contest like this,” Tyler said.