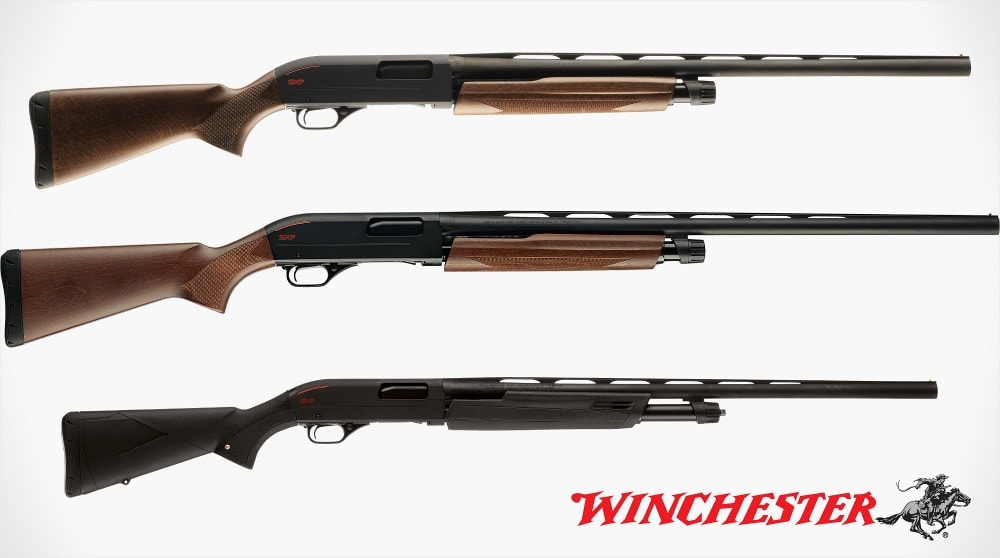 Announced at the top of this year Winchester is pleased to say that its newest 20-gauge SXP shotguns are now shipping and in stores ready to buy. The popular and affordable SXP series got three new 20-gauge models for sport and self-defense.

The new 20-gauge shotguns are built on an entirely new receiver designed around the smaller shot shells. The three models built on these new alloy receivers are the SXP Field, Field Compact and Black Shadow.

The Field guns have traditional walnut stocks with a satin and checkered grips on the stocks and fore-ends. The only significant difference between the Field and Field Compact is length of pull — the full-size Field provides a 13.75-inch length of pull where the compact stock is 13 inches. The compact models are also a couple ounces lighter across the board.

The Black Shadow uses a rugged synthetic stock with a standard length of pull and a matching polymer fore-end. Both the Field and the Black Shadow are offered with 26- and 28-inch barrels while the Compact has a third 24-inch option that’s also the lightest weight.

The new 20-gauge SXP shotguns are reasonably lightweight. While weights vary depending on the furniture and barrel length they’re all sub-7-pound shotguns with the shortest and lightest 20-gauge Field Compact weighing in at just 6.25 pounds. That’s light enough to swing quickly even for small shooters but still enough mass to make a difference with felt recoil.

Some 20-gauge shotguns are so light that they don’t spare the shoulder any punishment even shooting the smaller shells. The new SXP models are at a nice middle ground, balancing handling and recoil.

They also balance features and value at attractive price points across the board. The Field models have a suggested retail price of $429 and the Black Shadow just $399. Real-world prices are between $300 and $350 for the most part, making these particularly wallet-friendly.

Winchester’s new 20-gauge guns have all the same features that make the SXP series worth more than bargain-bin shotguns while still competitive with other shotguns that can cost a bit more, like the inertia-assisted slide operation and deep black chrome finish.

They use a scaled-down version rotating locking bolt system as the larger 12-gauge shotguns and use the same Inflex shock-absorbing buttpad. Like other Winchester shotguns they use Invector-Plus chokes which are also affordable and easy to find.