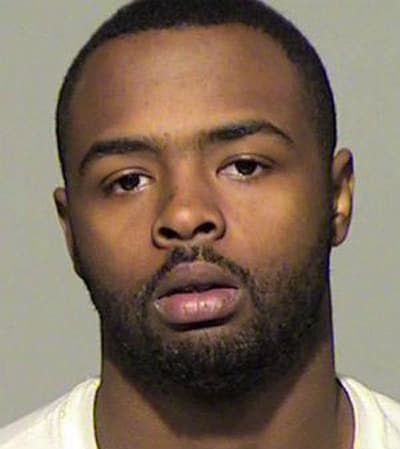 The family of a Milwaukee man who was shot last year and now plans to testify against his attacker has received numerous threats as the suspect’s trial draws closer, but the family says despite the threats, and even the victim’s sister’s house being set on fire, they aren’t willing to back down.

The trial for Cardell Gregory, 21, is set to begin next month. Gregory is facing charges for attempted first degree intentional homicide and possession of a firearm contrary to an injunction.

On September 4, 2014, Stacey Howard was shot on a playground outside of the school for which he was employed as a bus driver, and Gregory is accused of being the one who pulled the trigger.

“He pulled up, he called my name and he shot. He shot me in the back,” Howard told a local Fox affiliate.

Howard said after the first shots were fired, he ran, but his attacker followed him, firing several more shots after he fell to the ground. Howard was shot multiple times in his back, chest and arm. When transported to the hospital, he was initially listed in critical condition. Howard survived, but has since endured a number of surgeries.

But Howard said that during the altercation, Gregory mentioned a previous encounter that the men had experienced six years prior when Gregory was just 13-years-old. Apparently Gregory had become involved in a physical altercation with his mother when Howard intervened and brought an end to the fight. 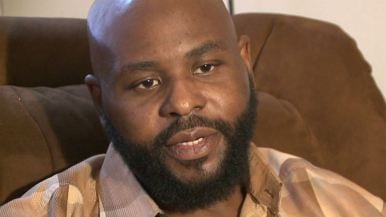 Stacey Howard believes the shooting was the result of a grudge held from an incident six years prior. (Photo: Fox)

Howard threw Gregory out of the house, but some time later, Gregory returned, this time with a mob of people, who proceeded to pound on the door in an attempt to get inside. Howard warned the group to leave and when they refused, he fired a warning shot through the front door, which struck Gregory.

“It just so happened he was the one in front of everybody that was kicking and trying to get into the door,” Howard said.

Howard believes that last year’s shooting was simply a grudge match stemming from the incident six years ago. Howard’s family has continued to receive threats, and as Gregory’s trial grows nearer, the threats have become increasingly concerning.

Rhonda Howard, Stacey Howard’s sister, said not too long ago a man, who she later learned was Gregory’s relative, approached her outside of her home and warned her about her brother testifying against Gregory.

“I explained to the police officer, this is stuff you don’t want to play with,” Rhonda recalled. “It could get me and my kids hurt or killed.”

But according to Rhonda, the man returned some time later and told her that he “won’t be able to stop whatever happens next.”

A few days later, Rhonda’s home burned down. An investigation determined the cause of the fire was arson. Rhonda, who had lived in the house for 20 years, was left devastated.

“I haven’t been on the inside,” she said. “Mentally I’m not ready for that.”

The threats, as well as the arson, are under investigation, but authorities have not yet disclosed any solid leads at this time.

Likely fearing further retaliation, Rhonda now has her children in hiding, and is hoping to leave the state soon.

And although the family is scared, Rhonda said the threats will not keep her brother from doing what he believes is right.

“If (Stacey) was thinking about not showing up in court, he would definitely do it now,” she said.

If convicted, Gregory will face life in prison.