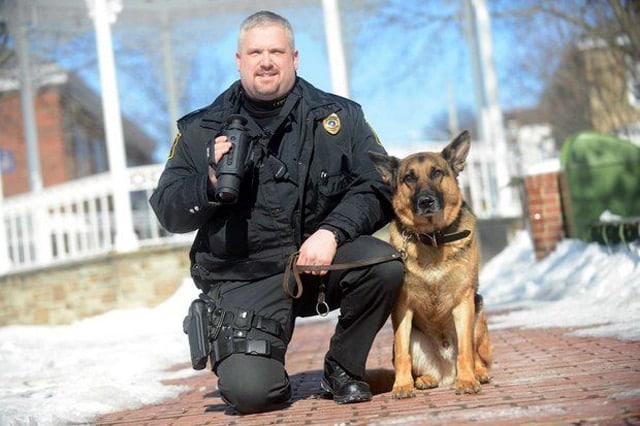 A police officer in Ligonier, Pennsylvania, was fatally injured while working a night shift last month, but his K-9, Blek, although injured himself, refused to leave the officer’s side and had to be coerced away to receive medical treatment.

The accident occurred on May 5 when a van which was driving on the wrong side of the road ran into Lt. Eric Eslary’s patrol car. The father of six later died at the hospital from his injuries.

Supervisor Timothy Komar said the two were the department’s first K-9 unit and Eslary loved to work the night shift with the dog.

Eslary’s wife, a 911 dispatcher, finally was able to get Blek away from his partner and go with him to a veterinary hospital where he underwent surgery for leg injuries he sustained during the crash. It was also determined that Blek suffered from internal hemorrhaging, but is expected to be okay.

The driver of the van, Clair Fink III, and a passenger, Derek Gifford, remain hospitalized. Authorities are investigating whether alcohol or drugs were involved.