Check out these limited American Snipers receivers from Aero 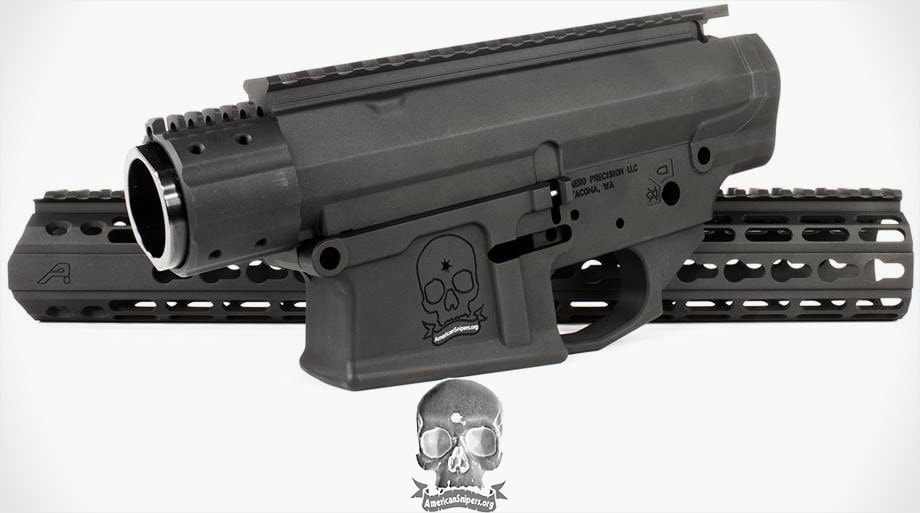 These limited-edition uppers feature the American Sniper logo on them, entry and exit. (Photo: Aero)

Aero Precision has been working with American Snipers, the sniper equipment charity fund, on a limited run of receivers. These receivers have custom machined American Sniper engravings and will be sold as basic and enhanced receiver sets and as a complete rifle, with a portion of the proceeds to go to the American Sniper foundation.

Long-range shooting plays a critical role in today’s combat zones and unsurprisingly, requires specialized equipment. Through a lack of funding, attrition in the field or just unrecognized necessity, sniper units are often under-equipped for the job, and must rely on themselves and their friends and families to get the gear they need.

You don’t have to be a long-range shooter to know that this precision, high-end hardware doesn’t come cheap. The American Snipers foundation’s goal is simple: to raise money for sniper units, and Aero Precision is here to help.

Aero is selling 9 of these limited-edition complete rifles, with the first of ten donated to the American Snipers charity. (Photo: Aero)

Aero has customized a very small number of M5 and M5E1 receiver sets — and just 10 of the enhanced M5E1 complete rifles — with serial number one of the rifles already donated to American Snipers for its own fundraising purposes. These sets are engraved withe the American Sniper headshot logo on the magwell on both sides, entrance and exit.

The M5 and M5E1 receivers are designed for .308 Winchester uppers and compatible DPMS-pattern components. The M5 follows the standard pattern while the E1 sets feature a proprietary expanded barrel nut system that provides a significantly larger mounting surface and more mass and surface area for heat dissipation. The enhanced set comes with a light, free-floating 15-inch KeyMod handguard. 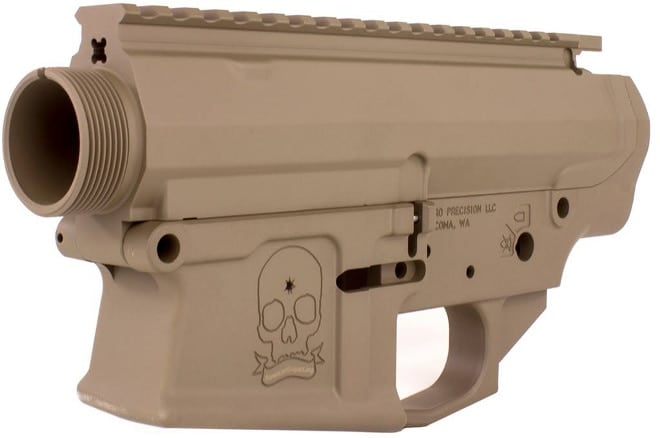 The receivers are DMPS-compatible, for .308 Win. and other larger cartridges. (Photo: Aero)

Aero has already sold out of the basic M5 sets with the basic black anodized finish but still has some with a flat dark earth Cerakote finish, as well as black and FDE E1 sets. The limited-edition complete rifles are all black, chambered for .308 with an 18-inch bead-blasted 416 stainless steel barrel, A2-style flash hider, complete bolt carrier group, Magpul PRS stock and MOE pistol grip and rifle buffer assembly.

The M5 FDE sets are priced at $370, which is fairly competitive for matched receivers even without the custom logo. The M5E1 sets, including the handguard, start at $500 and the complete rifles are priced at $1,699. They’re all multi-caliber marked and have swept selector logos for use with standard and short-throw safety levers.

Founded in 2003, American Snipers has been able to support snipers and designated marksmen in over 1,100 different platoons of the United States military and have raised hundreds of thousands of dollars in funds and gear for US snipers in all branches of the armed forces.