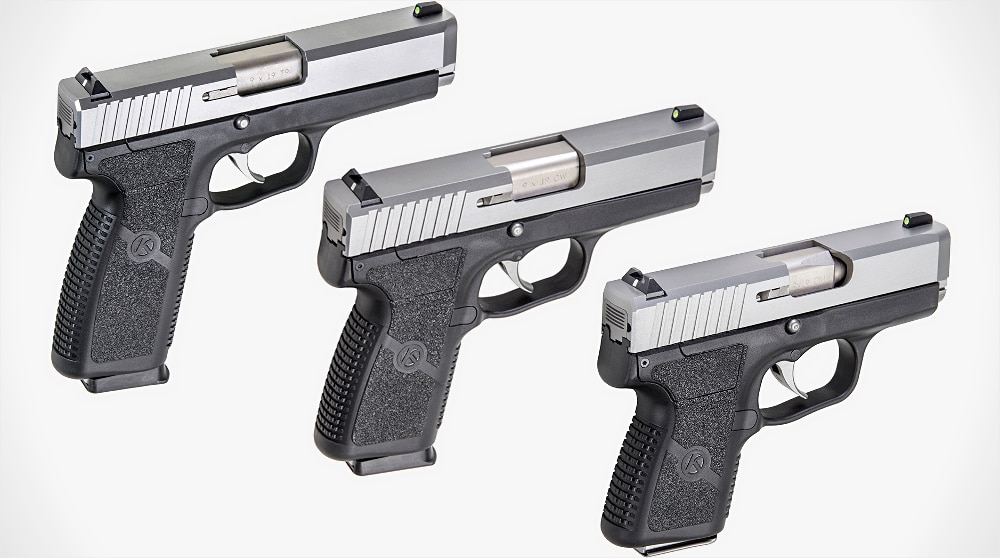 Kahr’s small, medium and large 9mm C-Series pistols are now offered with a green tritium front night sight and for a limited time, a free magazine with every purchase. (Photo: Kahr)

Kahr is now offering factory night sights with the 9mm Luger C-Series concealed-carry pistols. The C-Series has always stood out as a quality line of handguns but with the huge number of single-stack nines on the market it can be hard to pick just one.

Factory night sights make the affordable C-Series that much more appealing. It’s a simple upgrade but it can save the end user time and money, especially for anyone who would have to pay extra for a gunsmith to install them.

Kahr decided to go with a single front night sight lamp and a bar-dot rear sight for a “dot the i” configuration. Everything else is standard, including the rugged polymer frame and stainless steel slide assembly with a matte finish.

The three models are functionally similar, offered in small, medium and large versions of the single-stack striker-fired design. The different models let shooters pick the right size pistol for their dress and build while still offering the same controls and features.

The models have 3.1-, 3.6- and 4-inch barrels, respectively, as well as 6+1, 7+1 and 8+1 capacities. They’re lightweight at about 14, 16 and 18 ounces depending on the model. They all measure in at less than an inch wide, making them extremely concealable in all three sizes.

With prices ranging between $499 for the smallest CM9093N, $495 for the medium CW9093N and $485 for the large CT9093N these guns are priced in-line with many other single-stack pistols that don’t come with a front night sight, let alone match Kahr for their well-known build quality. Real-world prices tend to be around $100 less or more if you find a solid deal.

The added front sight raises the sticker price by about $40, which, unless you already have the tools and the know-how, pretty much guaranteed to cost less than upgrading the sight after the fact. And considering right now Kahr is offering a free magazine with the purchase of every C-Series pistol, that makes these an even better bargain for anyone shopping around for a new concealed-carry piece.

Even if you’ve already got a Kahr pistol these updated models have a solid appeal, whether you’re interested in one with the same controls in a different size or another one exactly the same as a backup. Whichever the case, now’s a great time to buy.