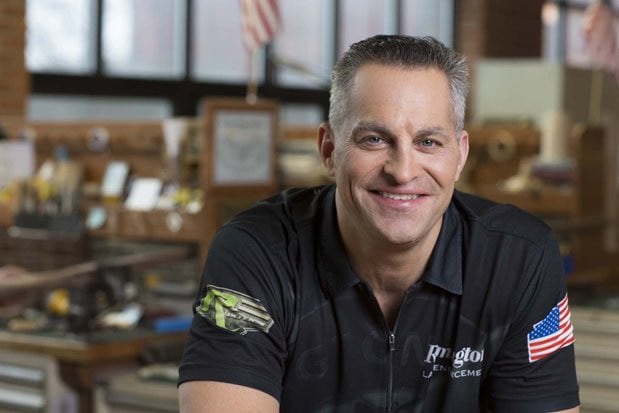 On Tuesday the senior leadership of Remington Outdoor Company announced departure from the company.

Although the announcement comes less than a month after company owners decided to let investors cash out of the conglomerate, ROC spokesman told Guns.com that the shuffle is not part of investor relations.

According to a press release issued by the company, the shuffle “will accelerate an ongoing transformation at (Remington) as it seeks to optimize operations and reset the foundational processes needed to deliver consistently superior quality across all products and services.”

ROC Chief Executive Officer and Chairman of the Board George Kollitides, Chief Financial Officer Ron Kolka, and Directors of the Board Walter McLallen and James J. Pike are all leaving the company.

The company said that it came to an agreement with Kollitides that he should step down from his role and pursue other interests. He will vacate the position, which he’s served since 2012, effective immediately but will continue to serve as a paid senior advisor to the company for one year.

Kolka is retiring but will remain with ROC for the next 30 days to ensure a smooth transition, the company said. A search for a permanent CFO is currently underway.

The company has also initiated a search for a chairman of the board and may appoint additional directors to replace Walter McLallen and James J. Pike, who both decided to retire.

The investment firm that owns ROC, Cereberus Capital Management, had been trying to sell the conglomerate since 2013, shortly after a gunman used one of its products to kill 20 first-graders and six educators at a school in Newtown, Connecticut, but the firm announced last month that it’s giving up on the endeavor and will allow investors to cash out.

On Friday, the California State Teachers’ Retirement System successfully divested funds from the conglomerate after a two-year effort. Although CalSTRS pulled an unspecified sum, its portfolio is valued at $193.1 billion.

According to ROC financial statements released at the end of March, in the first quarter of fiscal year 2015, the company reported more than $1 billion in assets and $201.3 million in net sales, down $54 million from the year before. However, the company failed to report a profit and instead had a net loss of $13.2 million.

In February 2014, the company, which is headquartered in Madison, North Carolina, announced plans to move several facilities to Huntsville, Alabama, in order to consolidate manufacturing efforts.

ROC’s co-lead Director, Jim Marcotuli will has replace Kollitides as chief executive officer and will serve as interim chairman of the board. He will also been appointed president of the company. He’s been with the company since September 2014.

While the company searches for a permanent CFO, Jeffrey P. Pritchett will join ROC’s board of directors and will work with Kolka through the CFO transition period. Pritchett, who works for Cerberus, has been advising the company’s management and finance teams for several months.

Board member James P. Campbell has been appointed vice chairman of the board. Campbell joined ROC as lead director in May 2012. Moving forward, his role will support Marcotuli in building ROC’s brands and optimizing customer experience.