The low-profile loaded chamber indicator, or LCI, works like the factory part but is machined so that when raised it protrudes less from the slide and won’t interfere with the sight picture, while the no-profile part has no function whatsoever for shooters who don’t want an LCI in the first place. 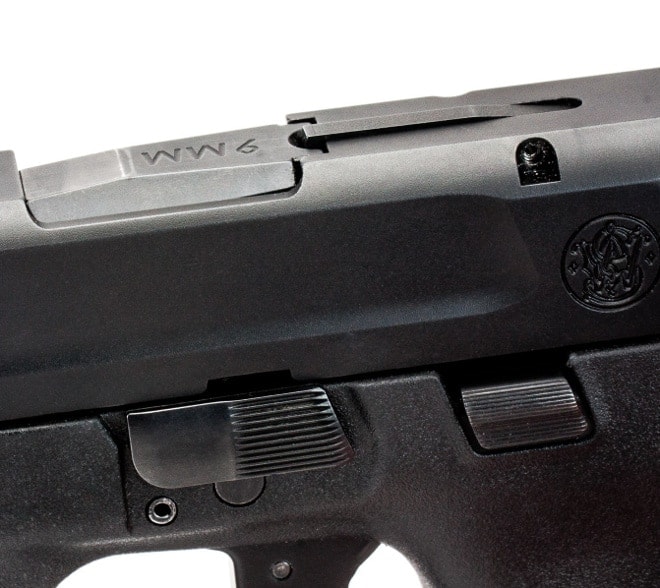 The low-profile LCI offers the same function as the original part but is less obtrusive. The “no-profile” LCI is inert and stays flush with the slide, loaded or unloaded. (Photo: Apex)

Loaded chamber indicators like these provide a visual and tactile signal to the user that there’s a round in the chamber. The LCI used by the Shield and SD pistols is particularly large and even obtrusive. The low-profile LCI takes care of the problem while maintaining the all the same functions as the original part, just less pronounced.

The no-profile LCI is for shooters who have decided that the LCI is another part that could fail or get stuck with dirt and grime and don’t want anything there in the first place. California, for example, has laws requiring LCIs as part of their handgun roster certification process, but after that it’s no longer necessary.

Either way installing Apex’s improved LCI parts is straightforward and at $19 for either version it’s an affordable upgrade for anyone who wants to tweak or remove their LCIs.