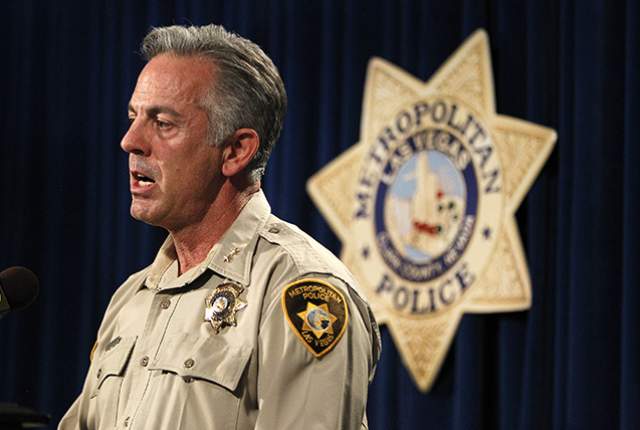 Although as of Thursday morning, the Las Vegas Metro Police Department still has their registration website online, a simple directive issued by Lombardo Tuesday ended the program.

Implemented in 1948, when the area was frequented by notorious East Coast mobsters such as Lucky Luciano and Meyer Lansky, Clark County’s mandatory handgun registry survived a 1989 preemption law by being grandfathered, effectively making it the only place in Nevada that requires gun registration.

However, with the federal instant checks applied to gun store purchases in the state for over two decades, many felt the registry was outdated.

“I believe that it’s a redundant system,” Lombardo told media last fall while he was a candidate for his current office.

This is not the first vintage handgun registration to go the way of the dinosaurs in recent months.

While the records in that jurisdiction were eventually destroyed, Lombardo has not announced plans for what happens next to the county’s estimated one million registration cards on file.

Guns.com has reached out to his office for clarification as to the ultimate fate of the records.