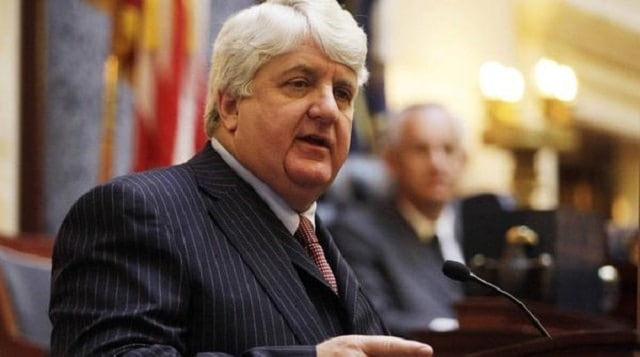 A group of over 50 House Republicans introduced a measure Wednesday that would neuter the Bureau of Alcohol, Tobacco, Firearms and Explosives’s ability to restrict ammunition and guns via reclassification.

The proposal comes just months after a show down between Congress and the ATF over a proposed rule change that could have seen M855 5.56mm ammunition, called “green tip” for its markings, reclassified as armor-piercing.

“The founding fathers recognized that the right to bear arms is fundamentally tied to self-defense,” said Rep. Rob Bishop, R-Utah, the legislation’s sponsor, in a statement. “This is as true today as it was over two centuries ago when the Bill of Rights was ratified.”

Bishop contends that the nation’s firearms regulatory agency has used “illegitimate authority” to restrict certain types of ammunition and firearms that are used for self-defense, and aims to close the loophole.

“The ATF has exploited vagaries present in federal gun law to chip away at basic rights. This legislation will slap the over-reaching hand of the federal government and restore some of the freedoms our grandparents enjoyed,” Bishop said.

The measure, termed the Lawful Purpose and Self-Defense Act of 2015, has been introduced as H.R. 2710. In its present form, it would protect large caliber rifles and shotguns from being reclassified as “destructive devices” under the National Firearms Act. In several states, rifles chambered in .50 caliber BMG have been banned and Bishop’s legislation would prevent such a curtailment on the federal level.

Next, the bill would remove ATF’s ability to reclassify ammunition as being armor piercing. This would derail recent rule changes such as seen with the 5.45mm 7N6 loading as well as the attempted reclassification of green tip.

Bishop was one of 238 members of Congress who signed a letter to then-ATF Director B. Todd Jones protesting the nature of the proposed green tip rule change in March.

Further, the legislation would remove import restrictions on any firearm or ammunition that is complaint with the NFA, which would knock down presidential executive orders and regulatory changes over the past two decades against the import of guns that did not qualify under the ATF’s “sporting purpose” guidelines.

Second Amendment groups to include the National Rifle Association are already backing the Republican-led measure.

“This important legislation would prevent arbitrary ammunition bans like the one attempted earlier this year by the Obama Administration,” said Chris W. Cox, executive director of the NRA’s Institute for Legislative Action, in a statement. “With the support of America’s law-abiding gun owners, the NRA was able to beat back Obama’s attempt to ban ammunition used by millions of law-abiding Americans every day for target shooting, hunting, and self-defense. This legislation would fix the law to protect us from similar government overreach in the future.”

The measure is the second one of its type introduced so far this year, following in the wake of a proposal by Rep. Tom Rooney, R-Florida, H.R. 1180, that would prohibit the federal government from issuing or enforcing a new restriction or ban on the manufacture, importation, or sale of ammunition. However, Bishop’s measure is much more sweeping due to its language that knocks down bans on arms as well.