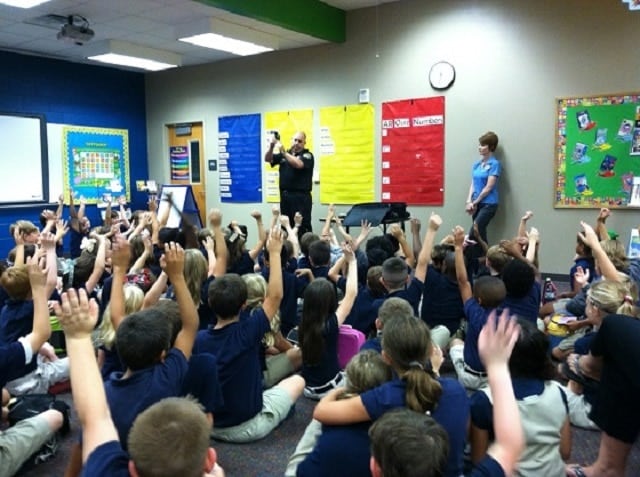 Gun safety training could be coming to more Louisiana elementary schools if Gov. Jindal signs a bill headed his way with the bipartisan support of state lawmakers. (Photo: The Creole)

The state Senate agreed 38-1 that a House bill to allow firearm safety and accident prevention training for elementary students in Louisiana schools was a good idea.

“The goal is to save children’s lives and protect our youth,” explained Miguez.

Miguez’s legislation, HB 446, allows public school districts to allocate time and funding to administer gun safety lessons modeled after the National Rifle Association’s Eddie Eagle GunSafe program and folds such instruction into existing curriculum. While the bill allocates no funds, a fiscal note prepared with the legislation outlines that grant monies might be available.

A House amendment allowed that the Louisiana Law Enforcement for Gun Safety program could also be used as a model for instruction.

“I can’t disagree with what they want to do,” Miguez said of the state program. “It’s still a good bill.”

School administrators say they are open to looking at the programs.

“They don’t call this state the ‘sportsman’s paradise’ for nothing,” said Dale Henderson, superintendent of Iberia Parish Schools. “Anything as a school system that we can do to promote safety on any level, especially gun safety, is certainly something we’ll take a hard look at.”

Jindal, who has a long history of supporting pro-gun legislation, is expected to sign the bill into law.