Alamo Four Star has launched a new muzzle device called the Cowl Induction Brake in two models for popular intermediate and rifle cartridges. At first blush it doesn’t look all that different from quite a few other brakes on the market but that conceals internal machining that promises improved performance.

The Cowl Induction Brake, or CIB, was originally developed around the .338 Lapua Magnum cartridge, which is no slouch in the recoil department. Alamo scaled the design down for popular rifle cartridges and just launched with two smaller brakes, one for AR-15-type rifles and the other for AR-10-type rifles, two of the biggest and fastest-growing markets in the rifle business. 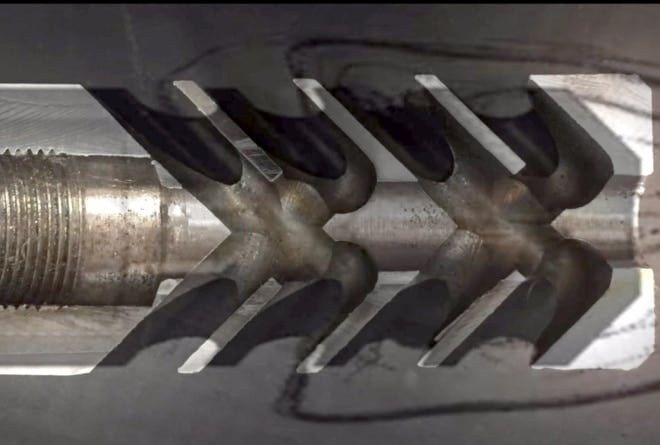 The CIB has two central expansion chambers that push against the flanges of four ports on each side. (Photo: Alamo)

“I realized after shooting my 338 Lapua for a while I realized that there had to be a better solution than receiving an ass whipping with the factory muzzle brake.” said Mark Deros, of Alamo Four Star CEO and inventor of the CIB.

The CIB uses ports that are milled across each other to create internal channels that guide gasses out of the muzzle efficiently, like a jet nozzle. The muzzle brake will have to see some third-party testing to validate these claims but initial reports are pretty positive.

“Based on a sneak peak at some data and pulling the trigger on my own AR with a prototype CIB muzzle brake, I can tell you right now hunters and shooters will love this thing,” wrote SHWAT’s Johnathan Owen. He reviewed a prototype CIB and has good things to report and an inside look at what went into building the brake.

The first two models are currently on sale at Alamo Four Star, priced at $139. Currently the brakes are offered with a polished stainless steel finish and they will also be offered with a black oxide finish. Alamo has plans to release five models of CIB sized all the way up to .338 Lapua, the cartridge that started this all.

At these prices it we will find out just how effective the CIB design really is in no time. There are a lot of fancy muzzle devices that don’t do much at all that cost much more.