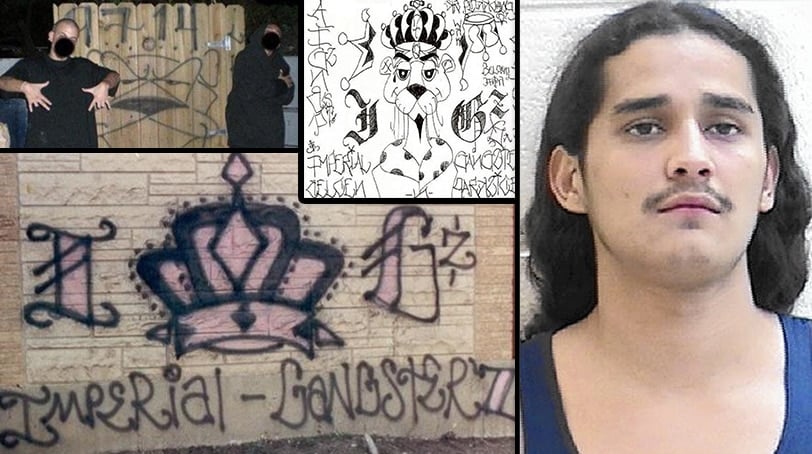 The leader of an East Chicago street gang was sentenced to life in prison Monday for five counts of murder and drug distribution in aid of racketeering and others under anti-corruption law, federal authorities announced.

Juan Briseno, 25, of Hammond, Indiana, was sentenced to serve six consecutive life sentences plus an additional 10 years in prison for his involvement as a leader of the 149th Street Imperial Gangsters, which operates primarily in the Northern District of the state.

“The evidence showed that the Imperial Gangsters had a long-standing rule that gang members were to shoot rival gang members on sight, and that they had a policy to shoot anyone selling drugs in their neighborhood when such persons had not either purchased the drugs from the Imperial Gangsters or paid ‘taxes’ to the gang for the right to sell drugs in their territory,” the Department of Justice said in a statement. “The five murders of which Briseno was convicted were committed consistent with these directives.”

Briseno, aka Tito, was convicted in March by a federal jury for engaging in RICO conspiracy, and other charges, including one firearms charge related to attempted murder.

According to the indictment, Briseno supervised prospective gang members known as “shorties” and directed them to perform various crimes to earn a place as full members.

The first murder occurred in September 2007, when Briseno knocked on the door of a rival Latin King gang member and shot him dead in the doorway.

In June the following year, Briseno killed a former Latin King and his associate while the two were unarmed and bringing food to their pregnant girlfriends. Briseno fired several shots at the men and into the residence, striking one of the women in the arm while she carried an infant. There were also several minors in the residence at the time. The former gang member was said to have no longer been “gang banging,” to which Briseno said “[expletive] him, he was going to bring [Latin] Kings into our neighborhood,” the ATF said.

In Feb. 2010, Briseno and his associates murdered another rival gang member affiliated with the Two-Six Nation after a party in the Harbor Area of East Chicago, Indiana.

The last murder Briseno was sentenced for occurred in June 2010, when the gang leader killed another man for selling drugs in Imperial Gangster territory, according to the indictment. Briseno reportedly shot the man twice in the head at point blank range.

The gang’s roots can be traced back to the 1960s and it has affiliated with other “Folk Nation” gangs in the area and elsewhere. Rival gangs include the Spanish Gangster Disciples, The Two-Six Nation, The Latin Kings and the Black P-Stones.

The Pink Panther serves as the gang’s logo and its colors are pink and black. To mark its territory, the Imperial Gangsters tag their neighborhood with adopted cartoon character the Pink Panther, crowns and other symbols denoting specific streets or “sets.”

Because of pressure put on by law enforcement in neighboring Chicago and a need for expanding their drug trafficking territory, gangs began spreading into the suburbs as early as the 1970s and gained a significant foothold around 2000, according to the Lake County Division of the Office of National Drug Control Policy.