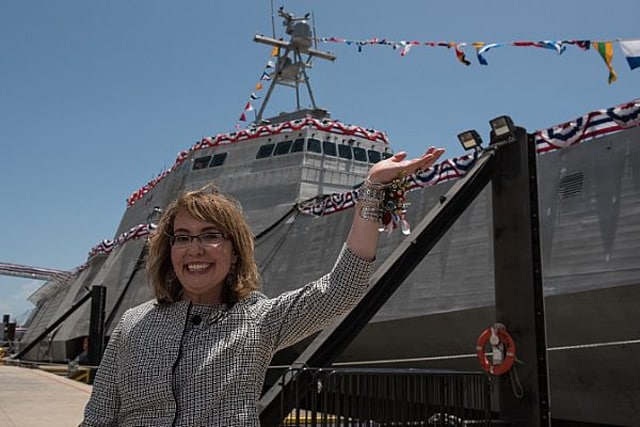 During a ceremony Saturday at a Mobile, Alabama, shipyard, the USS Grabrielle Giffords was christened by none other than the wife of Vice President Job Biden, Dr. Jill Biden.

The 419-foot littoral combat ship, designed to operate in shallow waters near the coastline, was named after Giffords, a former U.S. Representative who was injured in a 2011 Tuscon shooting and now fights for gun control, because of the character she displayed after the attack.

Vice Admiral Philip Cullom, deputy chief of Naval operations for fleet readiness and logistics, said courage comes in many forms and Giffords has modeled both courage and resilience.

“In congress I was proud to support our armed forces. I love the Navy — I even married a sailor,” Giffords said. “Thank you to all who built this ship. She’s stealthy; she will defend freedom around the world.”