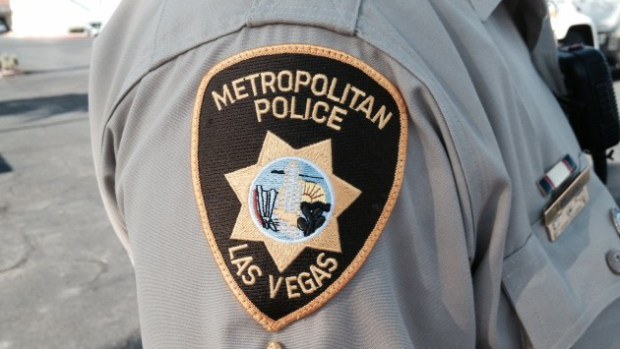 A spokesman for the Las Vegas Metro Police told Guns.com the expansive gun registry maintained by the agency has a terminal sentence. (Photo: CBS Las Vegas)

Guns.com has learned the expansive collection of blue cards on file in Clark County’s pistol permit department will soon be toast and there is no plan to archive the documents, the Las Vegas Metro Police Department said Friday.

The collection, left over from the county’s 67-year-old mandatory handgun registration scheme, ended last week after legislation signed by Gov. Sandoval outlawed it.

“The records must be destroyed after one year,” Officer Jesse Roybal, spokesman for the Las Vegas Metropolitan Police Department’s Office of Public Information, told Guns.com.

The collection, which Roybal said dates back at least to 1965, is on a countdown to destruction mandated by the new law.

As for the employees who handled the blue card system, there is no shortage of work to keep them busy.

“Registering guns were rotated positions, or as-needed positions at the different area command substations. There are positions in the Financial Crimes Bureau that control the main database that has one person at all times and sometimes a second if needed,” Roybal said. “The position(s) at the Financial Crimes Bureau will help with Concealed Weapon permits once the destruction of all gun registrations is complete.”

The registration scheme was implemented in 1948. Popularly known as blue cards due to their color, the law mandated that all handguns with a barrel less than 12 inches be registered within 72 hours of being purchased by an area resident. Opponents argued the scheme came from a time that pre-dated current background checks and has been made obsolete in a modern Nevada.

“Seven decades ago, Lucky Luciano, Frank Costello, Meyer Lansky and their pals from New York decided that Clark County was ripe for expanding mob operations, and organized crime arrived in Las Vegas – complete with armed ‘soldiers’ for protection and muscle,” reads a 2012 editorial in the Las Vegas Review Journal.

“In response, the county adopted the ordinance requiring the registration of handguns. It was assumed that the mobsters wouldn’t comply so, with few legal restrictions on search and seizure back then, the new ordinance provided law enforcement with some serious leverage.”

Those whose information is contained in the registry look forward to its demise.

“I will keep them as memorabilia, but I’m very delighted that the blue card is gone,” Norman Vice, an area gun owner who has had several cards over the years, told Guns.com. “It was just one more thing we had to carry with the weapon. Technology has gotten rid of that, so we don’t have to bother with more paperwork in our pocket.”