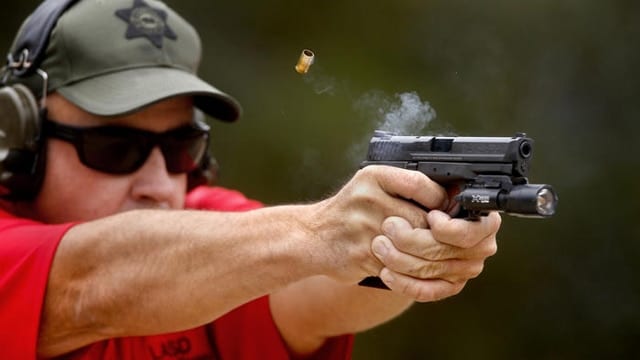 Accidental discharges by Los Angeles sheriff’s deputies has more than doubled in the two years since the department switched its service weapon.

The number of shootings jumped from 12 in 2012 to 18 in 2013 and 30 in 2014, the Los Angeles Times reported. However, officials with the department expect the number of incidents to fall in incoming years.

Since 2011 recruits with the department started training with the lightweight polymer-framed Smith & Wesson M&P9 instead of the much heavier metal-framed Beretta 92F. Besides weight, the M&P9 has simpler controls as a passive trigger safety replaces a manual safety and it has a much lighter trigger pull.

Officials looking into the matter blame a lack of training to the increase in negligent discharges and in turn have imposed extra training requirements for deputies making the switch.

Since the M&P has been an option, shooting scores have improved and more women have passed the firearms test in recruit training, the LA Times reported.

About half of sworn personnel are now using the M&P and more are changing over. As more deputies converted to the M&P, accidental discharges rose.