Check out this neat prototype pistol for the Russian military 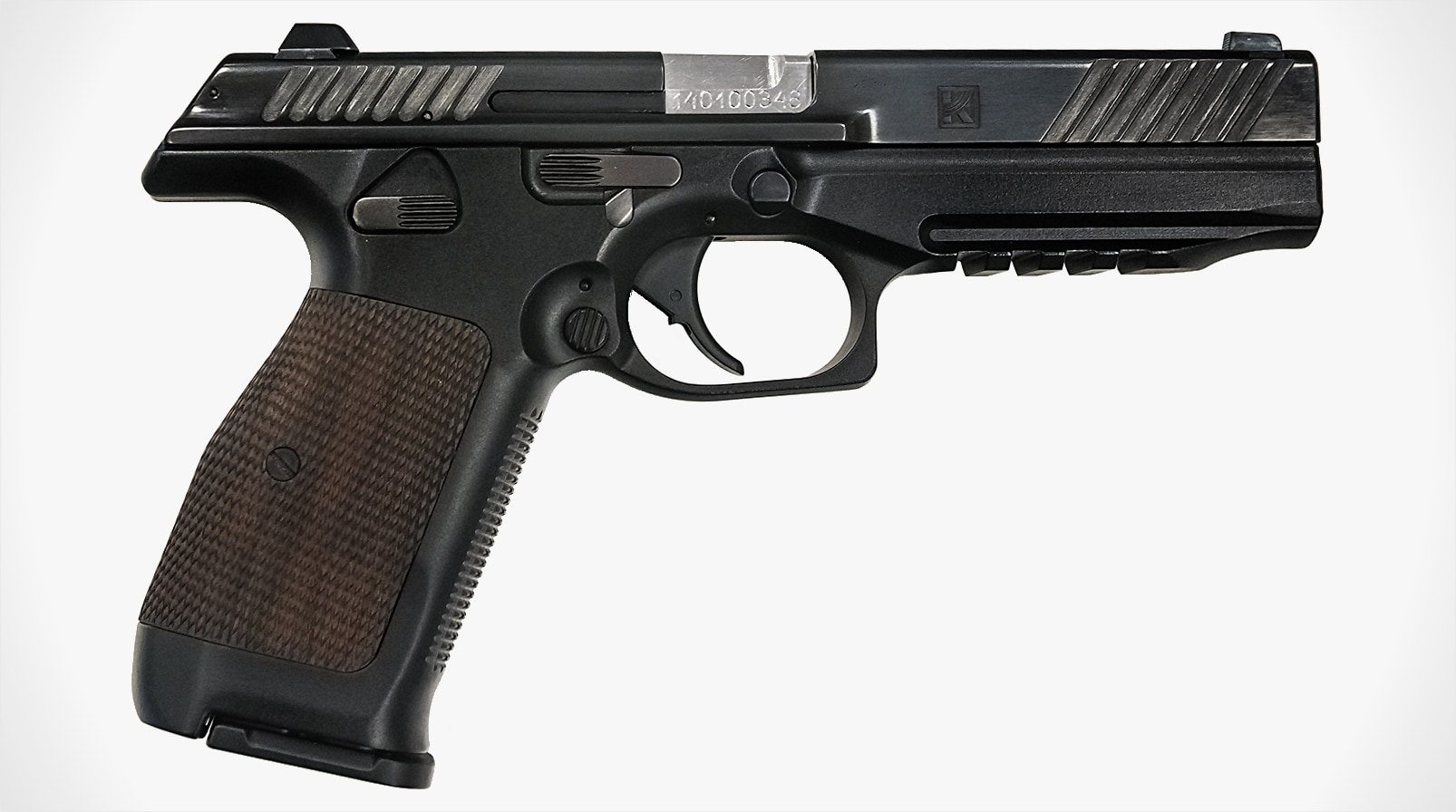 The PL-14 prototype by the Kalashnikov Concern appears to be a feature-rich, modern handgun. (Photo: Topwar.ru)

Russian firearms colossus the Kalashnikov Concern has unveiled a prototype pistol that they hope will be adopted by the Russian military, reports the Russian News Agency, TASS. The new sidearm is called the PL-14 or just the Lebedev Pistol.

The design appears to tick off all the boxes that have set the standard for most service and duty pistols. It’s a polymer-framed double-stack pistol that’s either striker-fired or contains a concealed hammer chambered for 9mm Luger with a modular grip frame with interchangeable — wood backstraps?

As far as prototypes are concerned what we’re looking at may not be the final production design, after all the slide machining and finish is a little rough and the wood panels could be a placeholder for rubber or polymer grips. It’s also possible that it saves weight as some composites can be denser than many hardwoods.

Whatever the case is, whether it was a handy material for the prototype or it serves a functional or aesthetic purpose, the gun shows all the hallmarks of modern handgun design down to the loaded chamber indicator, accessory rail and fully-ambidextrous controls. The ambidextrous mag releases are recessed to prevent accidental mag drops.

The PL-14 also has forward slide serrations for press checks and a large trigger guard for gloved hands that’s squared for use as a barrier support. The press release adds that the trigger pull is variable for special forces units as well as competitive shooters.

And the pistol has a very low bore axis for a high grip that should make recoil a non-issue for fast, level shooting, something that will make it appealing to military and private users alike.

Other specs of the PL-14 include an especially thin 1.1-inch grip and even thinner frame and slide measuring in 0.8 inches in front of the rails. It has an unconventional rail system that looks like the frame runs on rails on the slide rather than having the slide ride in rails in the frame. Everything else is pretty standard. The PL-14 has a standard capacity of 15+1, a full-length 5-inch barrel and weighs 28 ounce unloaded. 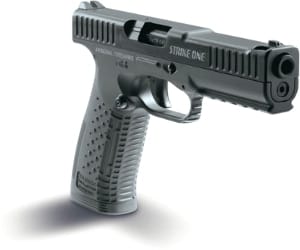 The Russian-Italian Strike One was originally expected to be the next Russian military sidearm but it ultimately failed to win the contract. (Photo: Arsenal)

Of course it’s not likely that this pistol will see a lot of adoption in the West. Due to sanctions against Russia and specifically the Kalashnikov Concern this handgun won’t be imported to the U.S. any time soon. But it’s still nice to see what’s going on in the larger world of handguns and small arms.

The PL-14 appears to be features-minded with a forward-thinking and distinctly Russian design with some interesting stuff going on under the hood. It will be fun to learn more about this one if we get the chance.

This isn’t the only Russian pistol developed in hopes of becoming the next sidearm of the Russian military. The Arsenal Firearms Strike One, or Strizh in Russian, was also designed to compete for future military and police contracts. One key difference between the two is that the Strike One is available in the U.S. starting at around $800.