Lehigh and Underwood team up to make .458 SOCOM ammo (VIDEO)

Lehigh Defense and Underwood Ammunition have teamed up on a pair of high-performance loads for .458 SOCOM shooters looking to get more out of their rifles. Although it’s not a wildcat cartridge, .458 SOCOM is not an officially-specced round, but it has a lot of support in the AR community.

There are more than a few companies that load .458 SOCOM ammo and a decent variety of projectiles available but few are as ambition as the bullets made by Lehigh Defense for Underwood Ammunition. They machine all-copper bullets designed to have a very controlled effect downrange. 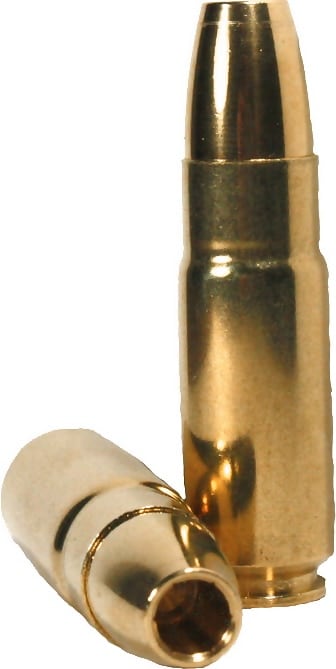 Unlike a conventional hollow point these rounds break into sections to increase the chance of a vital strike. (Photo: Underwood)

Underwood has two loads that feature Lehigh projectiles, its Controlled Fracturing rounds and Xtreme Penetrator. The Controlled fracturing rounds are designed to break apart after striking a target, with the tip of the bullet peeling off into pre-shaped petals that go off in their own directions and the core of the bullet which continues in a relatively straight line.

This creates a large initial cavity and increases the chances that each fragment strikes something vital. The Xtreme Penetrator loads work on almost opposite principles.

The .458 Xtreme Penetrator projectiles are solid, with vanes machined into the side. These vanes create a cavity through shock as tissue splashes off the machined surface of the bullet. This combines the penetration of a hard cast lead projectile with the ability to create an expanded permanent wound cavity.

Both of these somewhat exotic hunting loads feature all-copper projectiles, which means they can be used in places where lead ammo is restricted.

Even though they use all-copper bullets they fall in with Underwood’s pricing which tends to be consistently more affordable than other premium ammo loaders and these loads both run about $3 a round, compared to conventional .458 hollow points that often start at $2.50 each and go up from there.